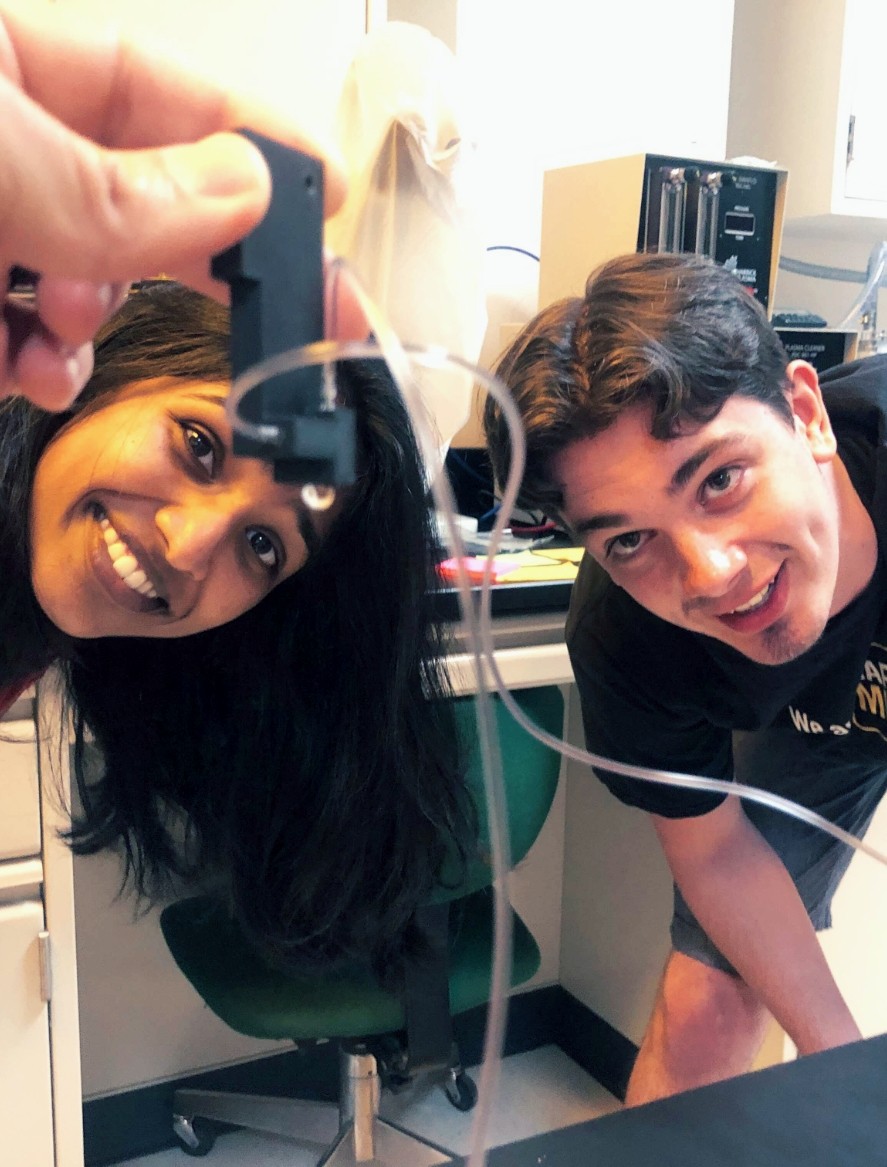 Back in the Labs

There was a resurgence of activity on campus this summer as improving conditions allowed the return of researchers whose work required hands-on access to labs, shops and studios. More than 200 students conducted research, about half of them on campus. Mudders everywhere were able to enjoy the weekly Stauffer Lectures led by faculty scholars from each academic area who discussed their research interests and/or the scholarship they have produced. Here’s our annual roundup of selected projects.

The field of tissue engineering seeks to simulate or supplement living tissues using biologically compatible materials. Extrusion-based 3-D bioprinting would automate the creation of these biomaterials with specific material properties unable to be replicated by hand. This could help create better environments for cells and make it easier to test and evaluate how cells respond to specific artificial materials and material properties. This summer, students designed and built a 3-D bioprinter by modifying a commercial 3-D printer to drive chemicals through a custom printhead. The bioprinter prints structures out of alginate, a polymer whose material properties can be tuned to match certain conditions of the body. Currently, work is being done to better characterize the printer to enable more accurate and repeatable prints. 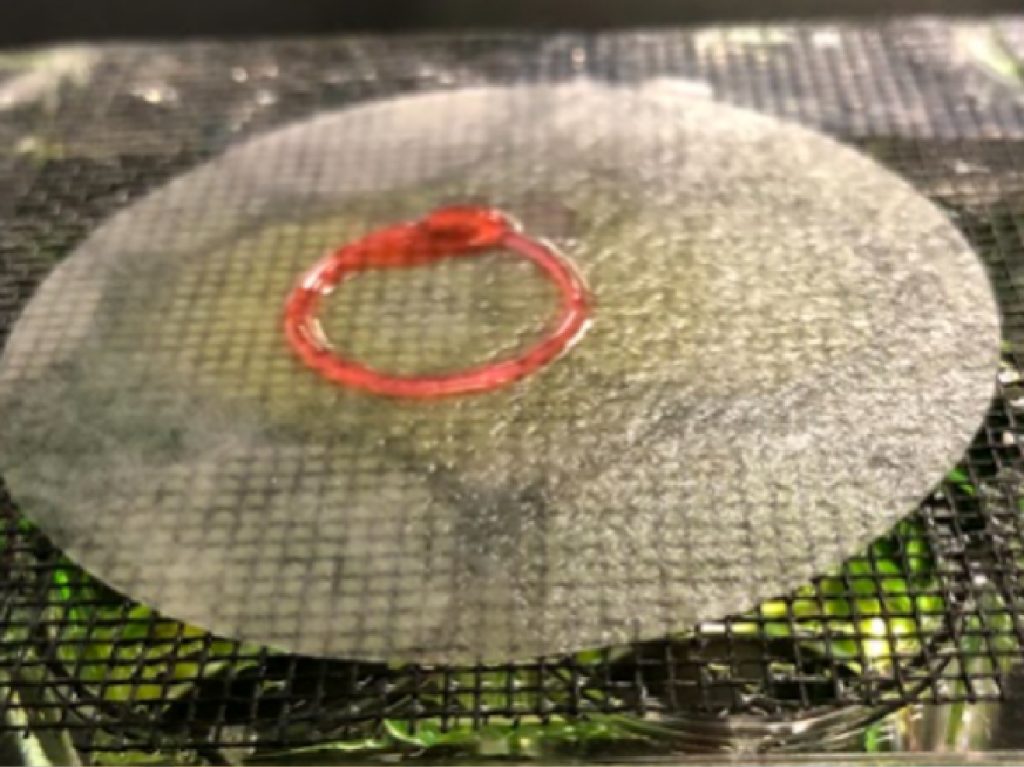 In humans and animals, the African trypanosome parasite causes a fatal disease called African trypanosomiasis (sleeping sickness). Researchers are investigating factors that are important for remodeling the parasite surface. In the mammalian host, parasites constantly change the proteins on their surface to evade the host immune system. Upon transfer to the fly, a new invariant protein coat replaces the varying one. To identify new factors important for this surface remodeling, they utilized a collection of ~7000 circular DNA molecules, each of which has a parasite gene that can be overexpressed when introduced into a parasite. Researchers screened this collection of DNA to try and identify genes that induce surface protein remodeling from the varying proteins of the bloodstream stage parasites to the invariant proteins of the insect stage. This process might be leveraged for novel therapeutics for the disease. 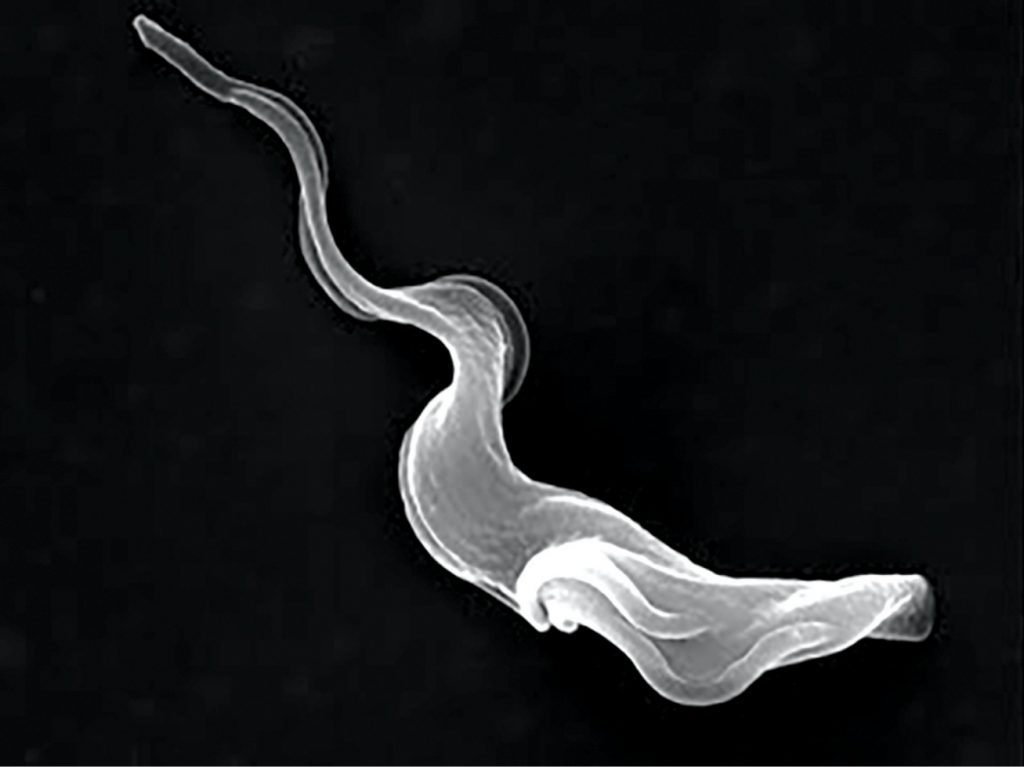 Many advancements in neuroscience have stemmed from neuronal electrophysiology—the study of electrical signals in the brain. However, the study of neurochemicals provides another promising avenue for learning about how the brain functions, as well as for medical professionals to study and treat neurological disorders. Prof. Arlett’s research group aims to develop high-density sensors that will enable real time monitoring of neurochemical concentrations. Members of the lab are experimenting with novel ways to push the size limitations of electrochemical sensor arrays so as to minimize tissue damage from the implanted probes. One obstacle is that of chemical cross-talk caused by diffusion of molecules between sensors that can be just 20μm apart. This summer, researchers used high-precision fluid dispensing to draw enzymatic barriers in between sensors which could intercept stray molecules and investigated the effectiveness of this technique at reducing cross-talk. 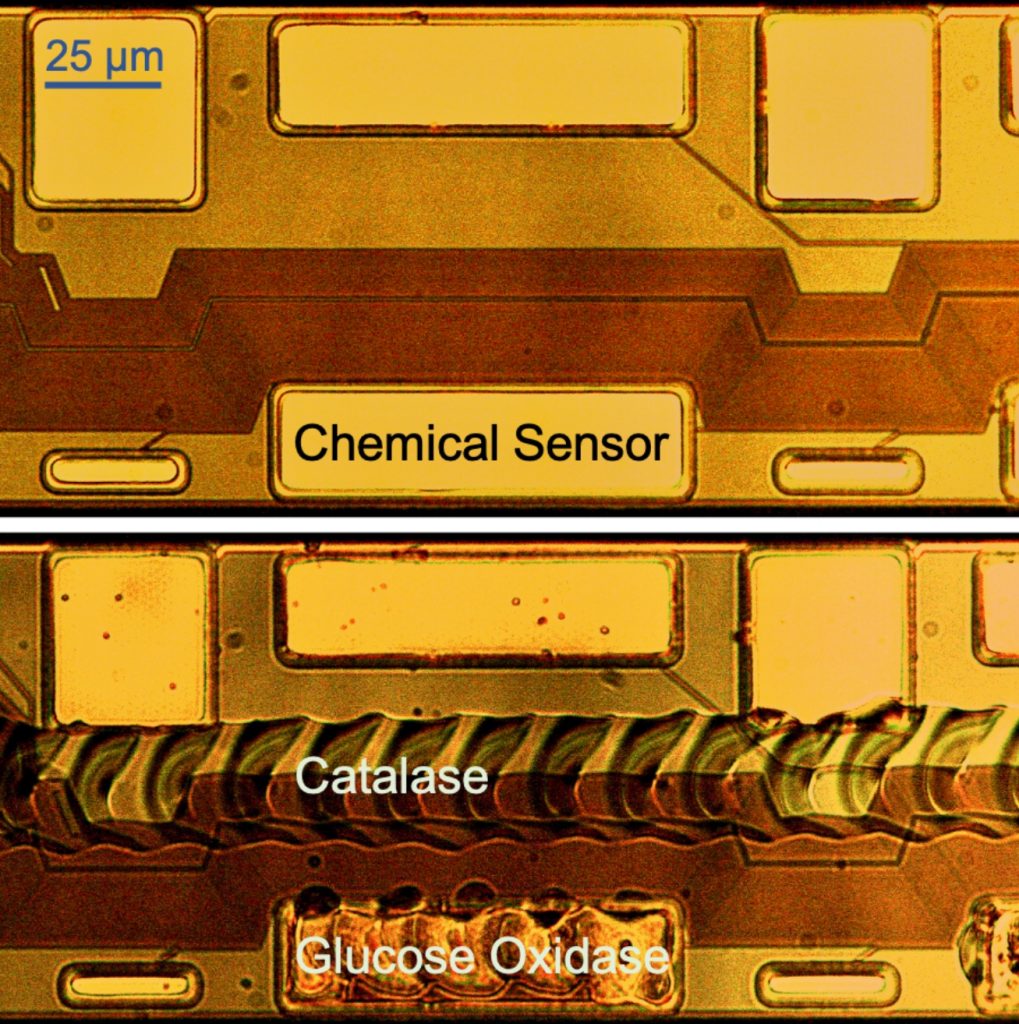 Many people now trust online social networks as their primary source of information, making it crucial to understand the way in which opinions are formed and develop on such networks. Working with Professor Heather Zinn Brooks under an NSF RUI grant, Catlett developed a multilayer bounded-confidence model describing the social psychology concept of “pluralistic ignorance” wherein the expressed opinions of a population diverge from their privately-held opinions due to social pressures. Incorporating a concept of media influence previously introduced by Zinn Brooks and collaborators, such a model can give insight into what qualities and structures of a media landscape could spark or exacerbate pluralistic ignorance on a social network. 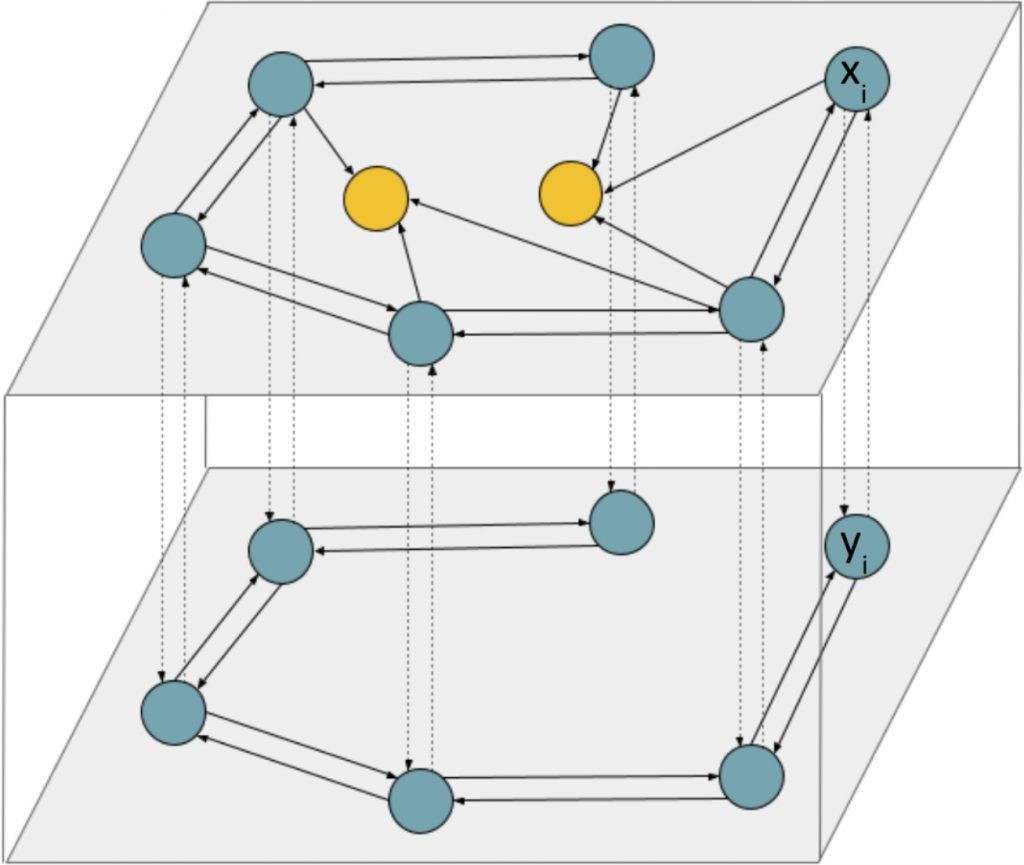 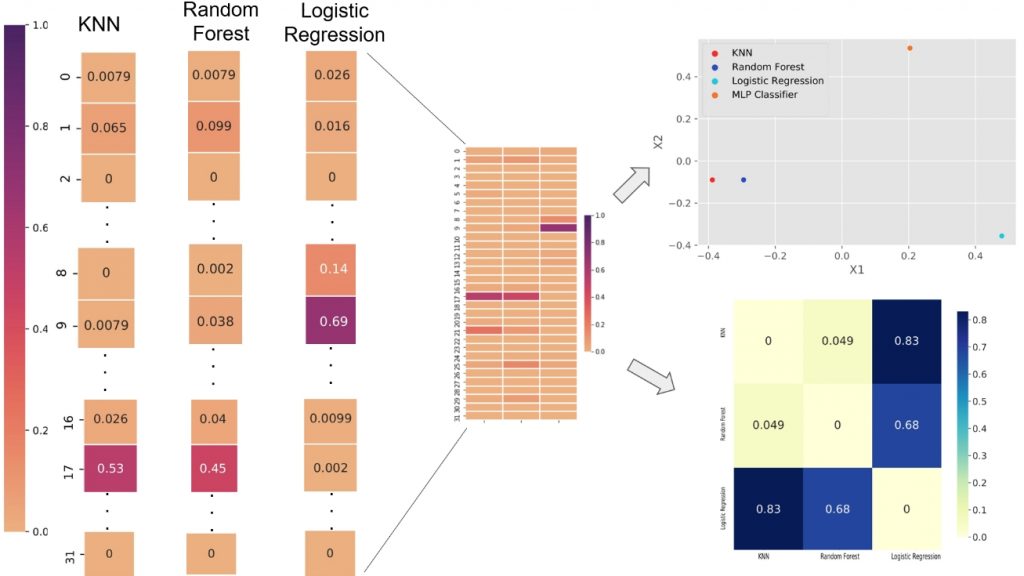 Humanities, Social Sciences, and the Arts

Migration is Not a Crime: Migrant Justice and the Creative Uses of Paddington Bear

During a Stauffer Talk Seitz described his work related to the well-known English children’s book character Paddington Bear, the product of numerous geographical displacements. Author Michael Bond was inspired to make Paddington an undocumented migrant by WWII and Cold War mass evacuations within Europe, but he relocated Paddington’s fictive origins to Africa and Peru. Fleeing earthquakes for England, Paddington assumes the name of the London train station where he is “found.” Bond’s work draws on colonial geographical ideas, and it idealizes Paddington as a non-threatening, assimilated immigrant. Drawing on archival work in Bond’s papers and interviews with his contacts, including migrant justice activists, Seitz’s research complicates those claims. Tracing the character’s uptake as an icon of migrant justice movements in the U.K. and Europe, it sheds light on Paddington’s emotional appeal and creative, unexpected use by activists to imagine more just futures. 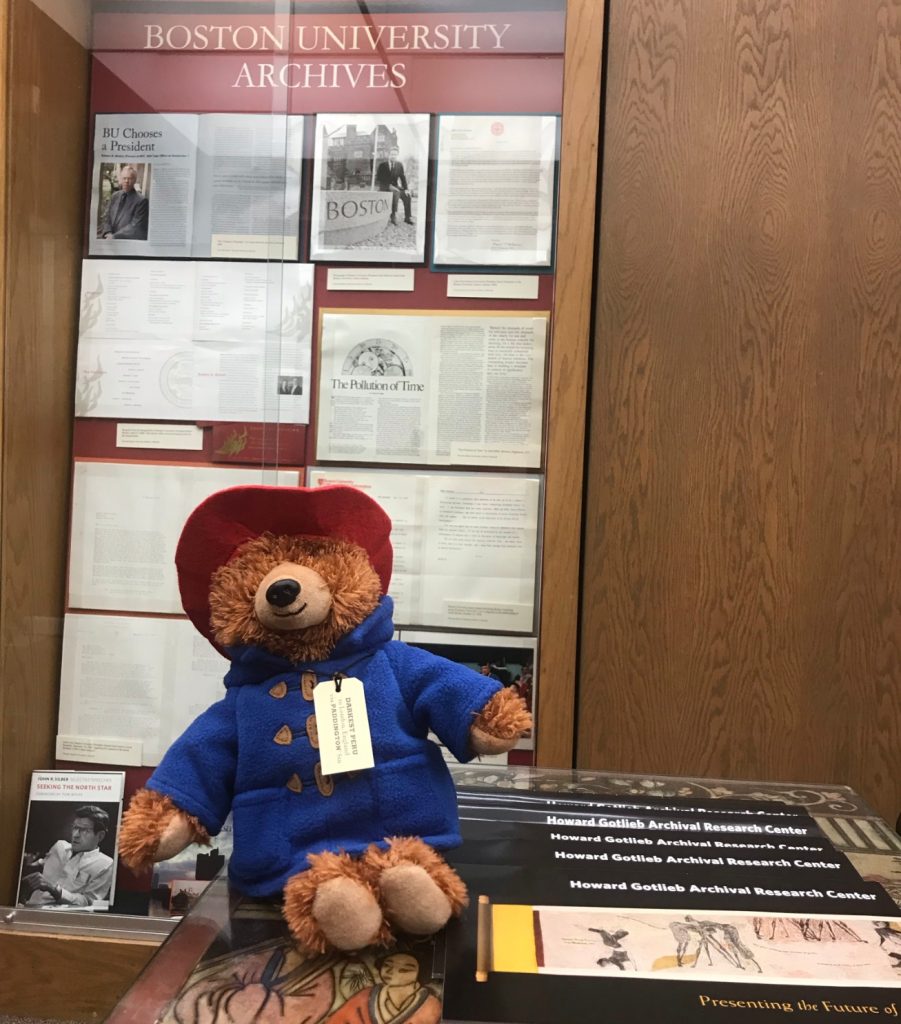