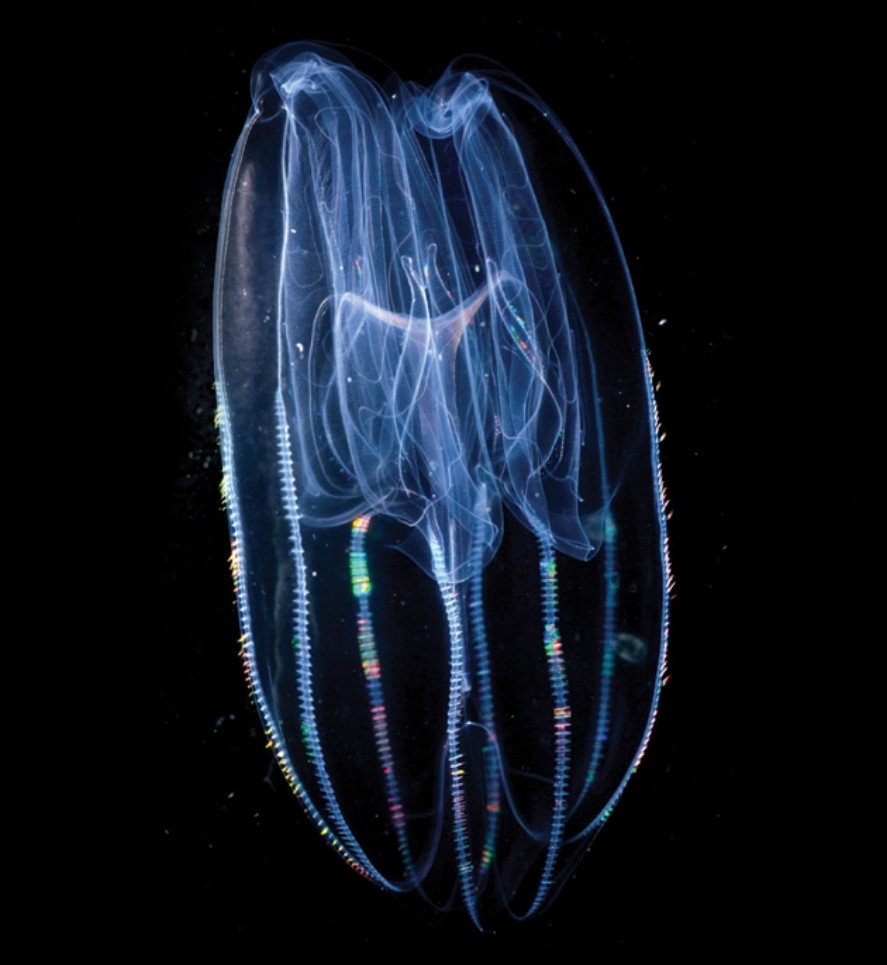 The Lure of the Deep Sea

Outstanding alumnus Steven Haddock ’87 wants marine science to be less of a mystery. 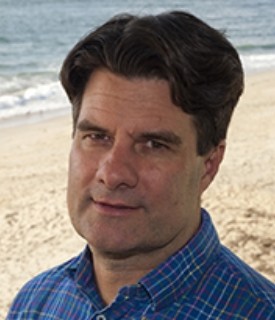 He first noticed the air bubbles as a teenager while exploring undersea caves on the beach where he grew up. He later learned the bubbles were being used by limpets, small sea snails with a mighty grip and a clever mechanism for breathing underwater. Steven Haddock ’87 (independent studies/public policy and science) would write about the limpets for a college marine biology class, but eventually this turned into his first publication in a scientific journal.

During a talk at Alumni Weekend in recognition of his recent Outstanding Alumni award, Haddock described the road from Harvey Mudd College to a PhD in marine biology (University of California, Santa Barbara) to the Monterey Bay Aquarium Research Institute, where he is a senior scientist, and the Monterey Bay National Marine Sanctuary, where he is vice chair of the Research Activity Panel. Among those influential in his journey were HMC professors William Allen, former professor of government, and the late Bill Purves, founding member and former chair of the Department of Biology, the latter of whom Haddock says set him on his way toward a graduate career and guided him toward publishing opportunities. Haddock is now paying it forward through his work advancing knowledge in the field of marine science.

“The Monterey Bay Aquarium Research Institute gives us access to the deep sea from the shore. We can take our ships out and be in over a mile of water, about 1,600 meters deep, and be back by four o’clock, with live animals that we collected. I work on a lot gelatinous organisms: snails and worms and jellyfish. In particular, I work on radiolarians and ctenophores. To study these animals, you can’t just drag a net through the water—they are too fragile. For shallow things, we use blue-water scuba diving to collect them. To go deeper, we use remotely operated vehicles (ROVs). “Which are essentially our eyes and arms down there. We can put different instruments on them to help us study the organisms. We also have some autonomous vehicles. Our torpedo-like vehicle is kind of like a Mars rover underwater, and it will autonomously run a triangular route, stay out for about 10 days at a time, check in every once in a while and receive new commands or send back data.” 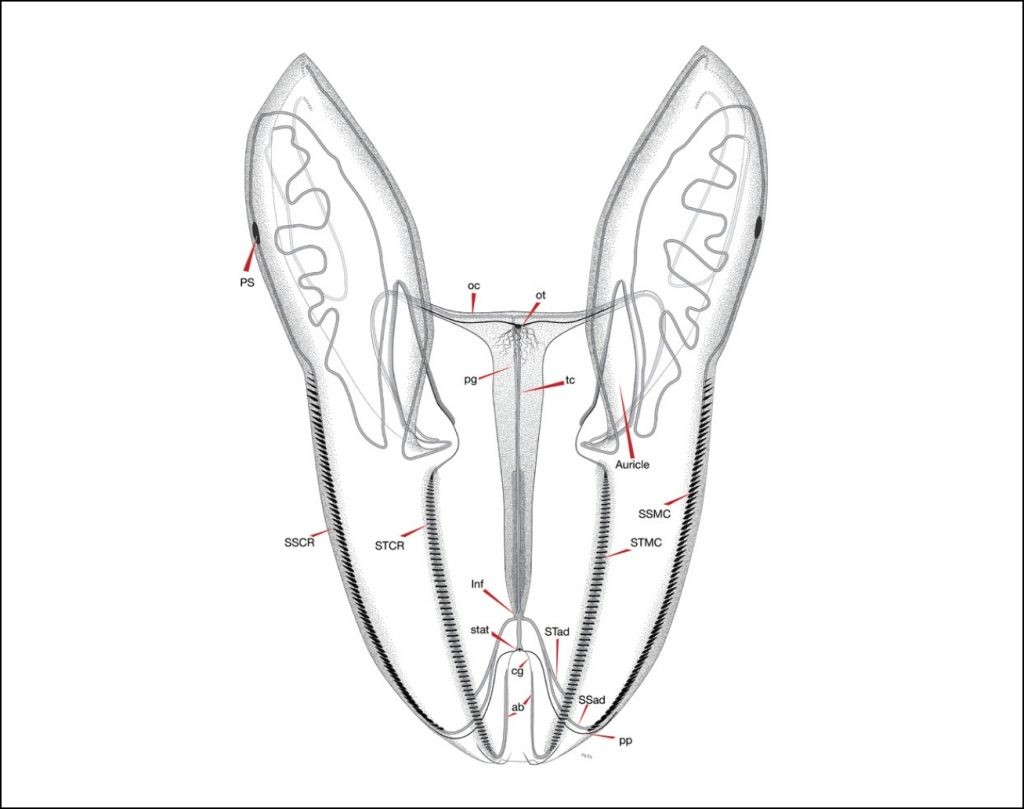 Genome sequencing of the ctenophore (comb jelly), common off the California coast, has helped provide insights into the early origins of animals as well as the origins of bioluminescence.

“Some of my favorite organisms out there are comb jellies, one of the things that I specialize in. They have sticky tentacles instead stinging tentacles like ‘normal jellyfish.’ They use little ciliary paddles to move through the water. We studied a really deep species that is found about 3,000 meters down. When we bring it up onto the ship, it pretty much melts away, probably a combination of temperature and pressure. A student, Jacob Winnikoff, created a high-pressure, temperature-controllable cuvette chamber. We programmed it to sweep through temperature, cool down and also increase pressure up to 5,000 meters equivalent. We can take extracts from these actual organisms and characterize how the lipids in that animal respond to regimes of pressure and temperature. We want to know how the deep organisms still have functional pliable membranes when they’re operating under 500 atmospheres of pressure at less than two degrees Celsius.”

“[One] thing that a lot of these animals have in common are interesting biooptical properties: either fluorescence or bioluminescence. Some things look kind of drab in normal white light, but when you shine blue light on them, you suddenly see these fluorescent pigments that are in the tissues of these animals. And so we put a blue light on our ROV so that we can fly around and have fluorescent vision in the ocean. And what’s pretty amazing is that you can take the genes that are responsible for making those fluorescent proteins, and you can put them into bacteria or any other organism and they’ll start pumping out fluorescent proteins in a functional state. Because you can take that genetic sequence and put it in another organism, it turns out to be incredibly useful as a biological highlighter. You can create fluorescent patterns in another organism so you can see what’s happening inside of it without sacrificing it. The development of fluorescent proteins actually got the Nobel Prize in Chemistry, and it’s one of the things that we’re able to study in a lot of these deep-sea organisms.

“With my postdoc Séverine Martini, looking at things that we can see from our remotely operated vehicle, three quarters of organisms were able to produce bioluminescence all the way from the surface to 4,000 meters, so it’s incredibly widespread.”

“We were about 160 miles offshore on the top of an unnamed seamount, 3,000 meters deep. We were just diving there filming bioluminescence, looking at animals, and we came across a tusk of a mammoth. This was so far offshore and out in the middle of nowhere; it was really a shock.

“When we recovered this tusk, the [rover] pilot used VR goggles to give a 3-D view so that he could pick it up with this special sampler that we made. I didn’t know the first thing about woolly mammoths when we found this, but I’ve got this really amazing team. Working with Terry Blackburn at UC Santa Cruz, he dated [the tusk] using uranium isotope and found it off the charts in terms of the age of the specimen. And what’s even more remarkable is that a team at UCSC at this paleo genomics lab was actually able to sequence the complete mitochondrial genome. So now we can see how this is related to other mammoths that came to North America.

One thing about that specimen is that it had a metal crust coating it, and that was part of how we were able to date it, because that crust grows at about a millimeter per 100,000 years.”

“We have to try to share this research widely. One of my pictures was on a U.S. postage stamp, and I got an email from somebody who lived across the street from my grandpa’s farm who ran a dairy farm in central California, and he had seen this and made the connection. So just reaching people who are not necessarily beachgoers or ocean aficionados is a really strong priority for me. We’ve tried to do this through videos. My favorites on YouTube are ‘There’s no such thing as a jellyfish,’ ‘The allure of fluorescence in the ocean’ and ‘The secret life of Velella.’

“We also try to reach out through citizen science through jellywatch.org. And this is actually a two-way exchange because you can’t study jellies very well globally—there’s just not an instrument that will tell you there’s, say, 50 jellyfish per cubic meter in [a certain] body of water. So we rely on the fact that people are experiencing the ocean all over the world every day, and they submit images to us, and we can help them identify things that they find on the beach.”

Summer in the City of Photochemistry