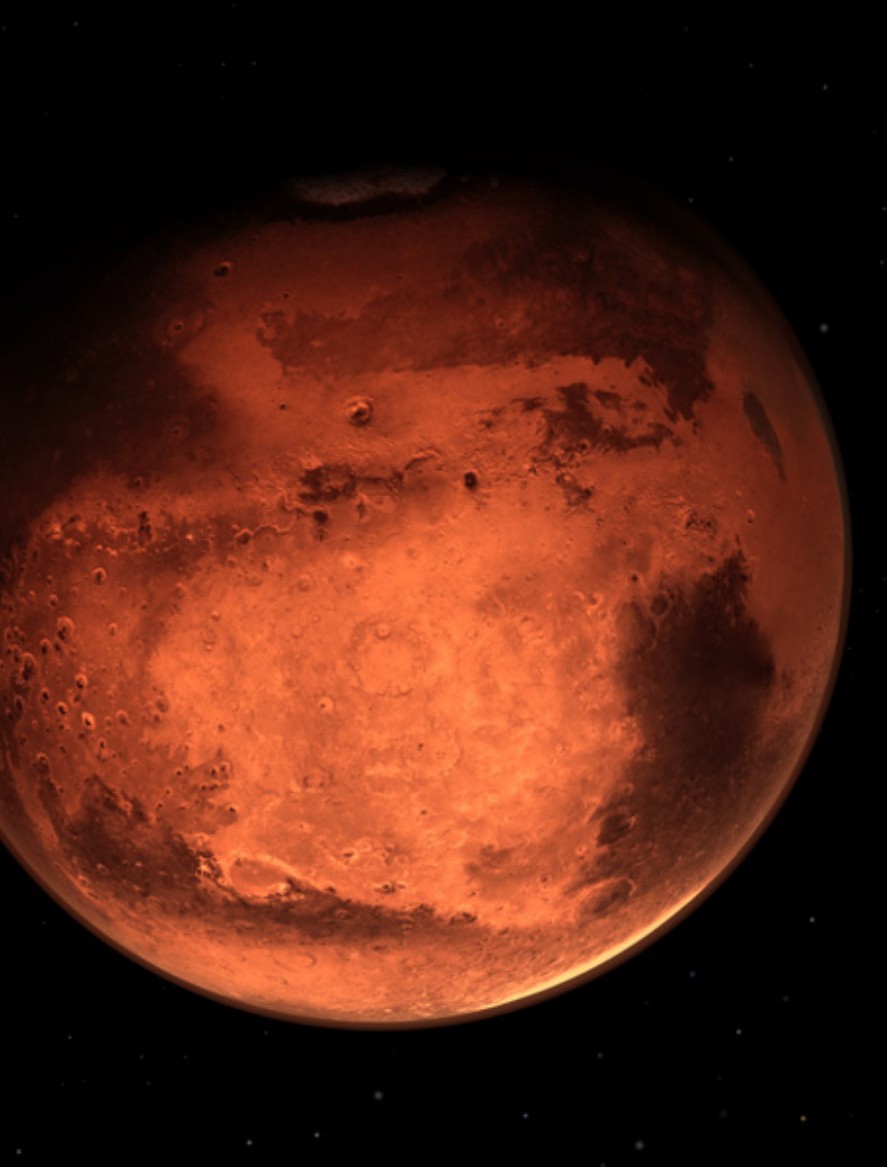 Growing up in Hawaii, Christopher Pong ’08 built robots and rockets for fun and watched meteor showers with his mom and dad. They talked of ancient Hawaiians navigating by the stars. And they imagined other worlds.

Now a cruise attitude control engineer on the Mars 2020 Perseverance Rover mission, Pong ’08 finds himself working on spacecraft designed to explore them.

Pong joined JPL in 2014 and has been working on Perseverance for the past four and a half years delivering flight software and parameters, performing requirements verification and validation and, among other things, operating the spacecraft during the cruise phase, performing turns and trajectory correction maneuvers. 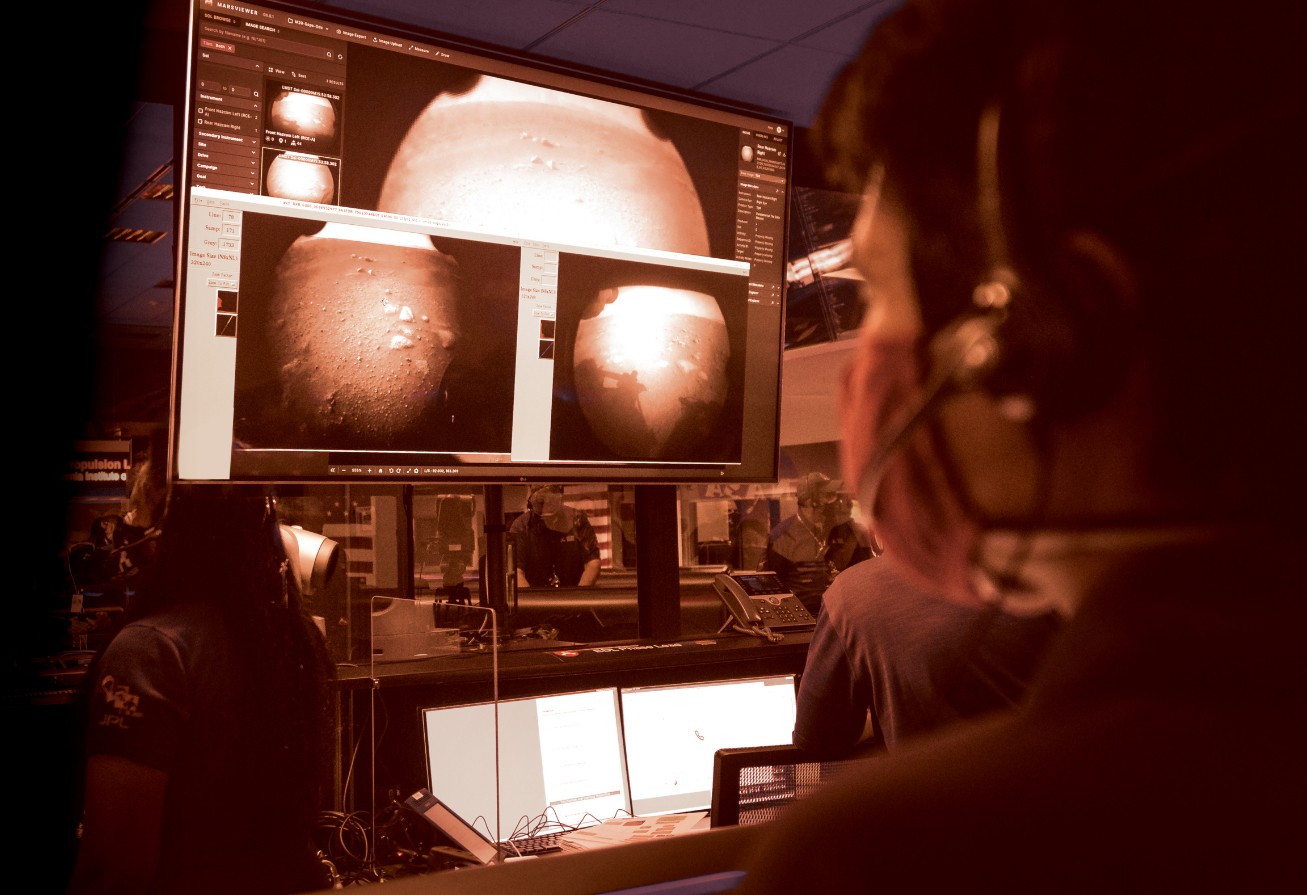 “The spacecraft acts like a gyroscope, so its spin axis will remain pointed in the same direction. But we need to periodically turn the spacecraft to keep the solar arrays pointed to the Sun and the antennas pointed close enough to Earth.”

Pong loves his work and clearly hasn’t lost his enthusiasm for space exploration. Or his sense of fun.

“There are times when I don’t feel like it’s a job. It’s just a really cool hobby to have.”

Among his other hobbies, Pong reads a lot of science fiction. On landing day, he wore a red mask with a small wolf on it—an “Easter egg” for fellow sci-fi fans—from Pierce Brown’s Red Rising series of books, set on Mars hundreds of years in the future.

The final entry, descent and landing phase of the journey—known as the “Seven Minutes of Terror”— unfolded like a science fiction story, where anything could happen and everything had to go right.

Red Rising fans who watched the landing took notice, looked for him on the JPL website and posted about it on social media, prompting team members to text Pong that “people were looking for him.”

It was a light moment during an extremely intense day. The final entry, descent and landing phase of the journey—known as the “Seven Minutes of Terror”—unfolded like a science fiction story, where anything could happen and everything had to go right. It was the last seven minutes of a seven-month journey and it was nerve-racking, to say the least.

“I was pretty tired. I didn’t get much sleep the night before. That was balanced with adrenaline. We really couldn’t do anything to change the outcome of the landing. We could lose the entire mission right then and there. But when I heard ’Touchdown confirmed’ it was just an overwhelming sense of relief and joy.”

How did Pong get lucky enough to land a job he loves at JPL? Luck had little to do with it. His years at Harvey Mudd launched him on a path toward NASA. 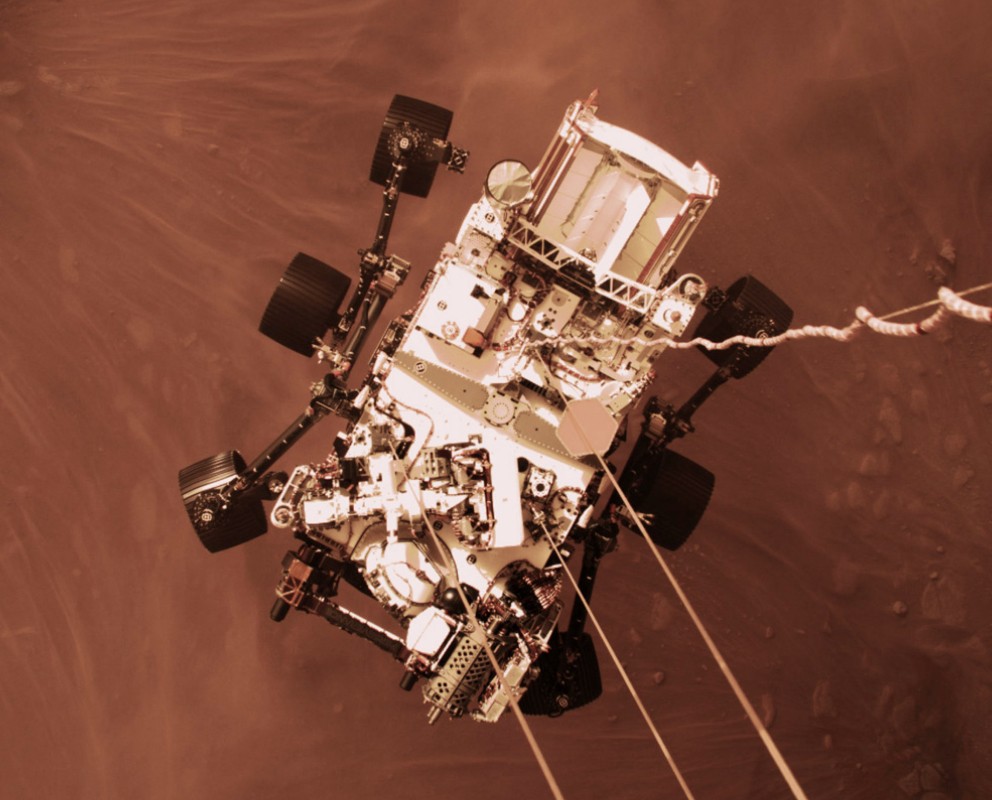 After Mudd, Pong moved on to MIT where he earned a master’s and a doctorate in aeronautics and astronautics. While there, he won a NASA Space Technology Research Fellowship.

“It paid for part of my tuition and forced me to do internships at different NASA centers. I spent a few months at Goddard Space Flight Center and a summer at JPL. That’s how I got to know a lot of the people that I work with today. And it’s how I got a job at JPL.”

For his doctoral thesis, Pong worked on a project called ExoplanetSat, later renamed ASTERIA, a small satellite designed to look for new planets around other stars.

“We were looking for a partner that would take the project to space, and JPL took it on. ASTERIA moved to JPL at the same time I did, so I was able to keep working on it.”

Since then, he’s been on the Perseverance mission whose goals include collecting samples of rock and soil from Mars to be brought back to Earth for detailed study.

The samples will help determine if microbial life once existed on Mars.

“There’s a scientific reason for just exploring, following human curiosity,” says Pong. “There are so many scientific questions that could be answered: Was there life? Is there life? And what happened on Mars that made it so different from Earth? And, of course, if you sort of buy into the existential crises that humans might face in the future, then getting humans on multiple planets, or even in multiple solar systems eventually, is important for the survival of the human race.” 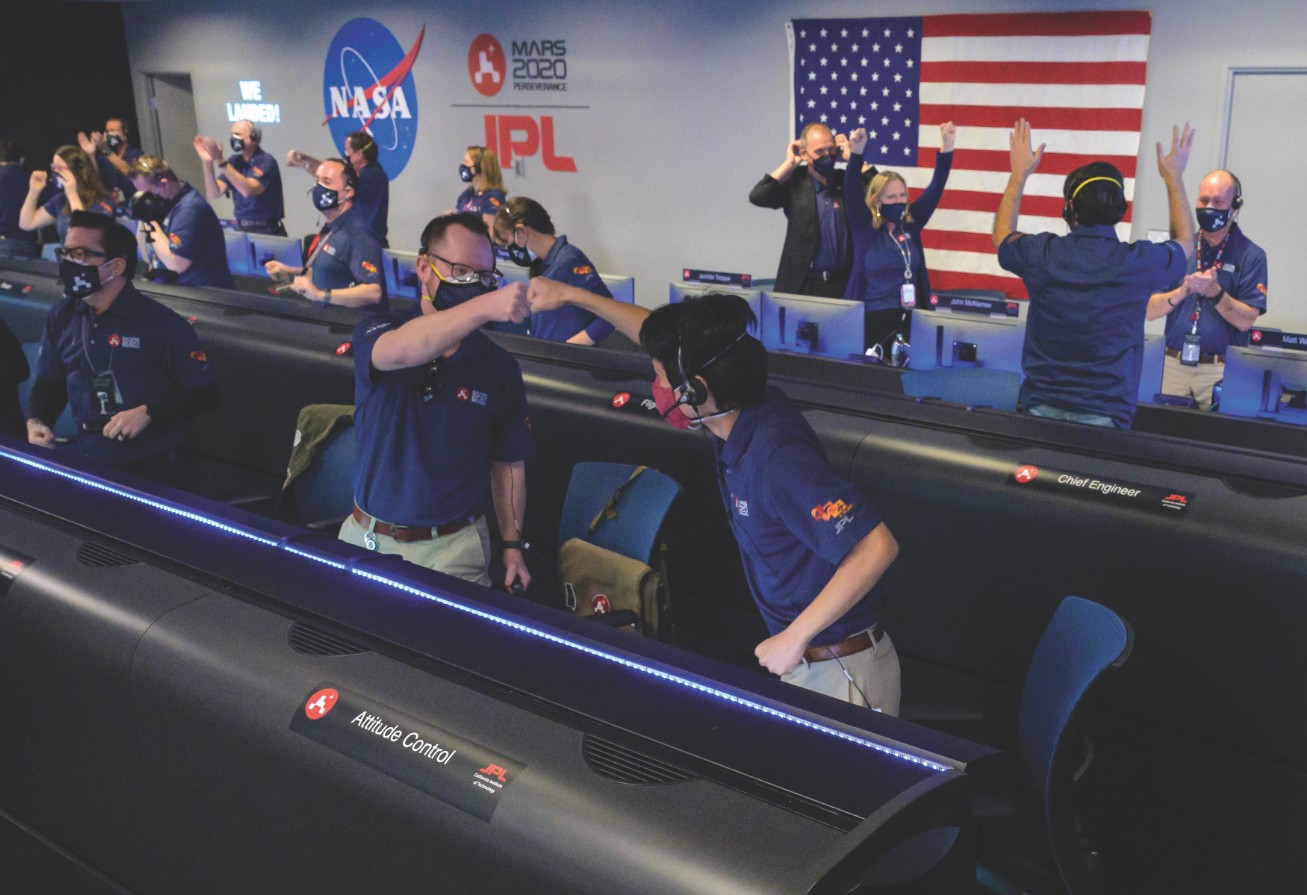