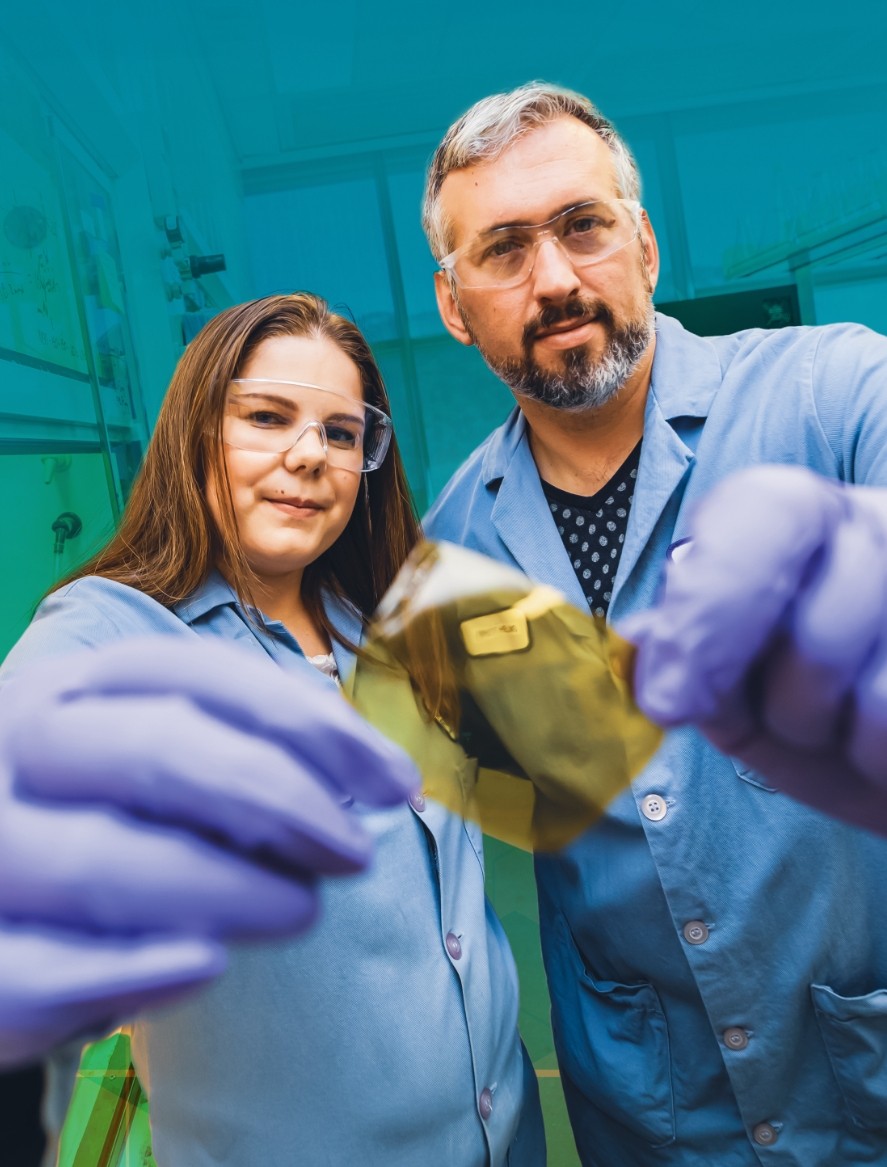 A new type of plastic resin could replace traditional plastics, and Brett Helms ’00 heads the lab that is leading the change.

When plastic, then known as Bakelite, was first introduced to the world in 1907, it transformed the planet. It was a durable and inexpensive alternative to pottery and glass. But plastic also has transformed the planet in unsavory ways: less than 10 percent of it can be recycled, and plastic debris is choking waterways and killing animals that ingest it, among other hazards.

Brett Helms ’00 is leading a plastics revolution. As principal investigator and co-founder of the Helms Group, a division of the Lawrence Berkeley National Laboratory, Helms is the creator of polydiketoenamine, or PDK, which can easily be recycled. Also, PDK manufacturing uses less energy than traditional plastics, while giving off less CO2 emissions.

While a PDK recycling infrastructure still needs to be built out, Helms projects it won’t be long before PDK water bottles and car parts become a fact of life. 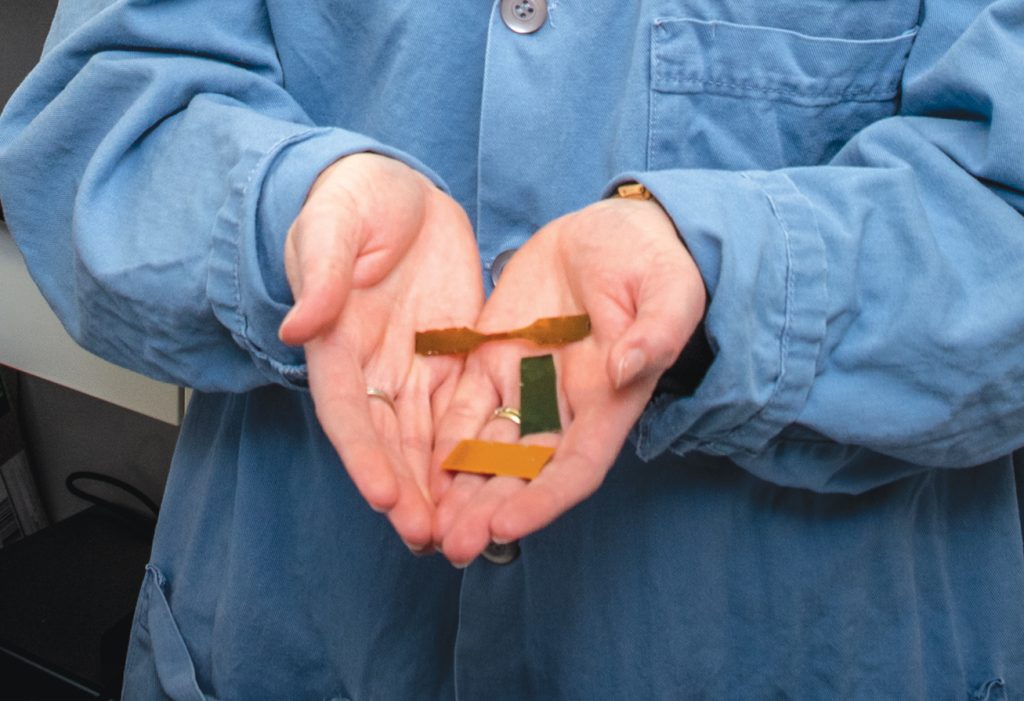 PDK plastic, shown in these samples, is a unique new material that can be recycled indefinitely, a vast improvement over the current rate of recycling of traditional plastics.

How is PDK different from traditional plastics?

PDKs are interesting because they exhibit the characteristics of the non-recyclable condensation polymers—commodities plastics such as clear plastic water bottles and textiles—but they break down into their original monomers if you add a strong acid. PDKs are a new type of plastic resin; they exhibit characteristics that are similar to nylon and polyurethane. They’re relatively easy to recycle. You can put them in a paint shaker and dissolve them in solution, and you don’t have to add a bunch of extra stuff in order for it to happen.

What differences will consumers notice with PDK plastic products?

The consumer should see no difference. When someone buys a plastic product, the people who make it have to be certified for all of the polymer properties that must be exhibited, like a tensile test and a peel test. If I’m developing an automotive product or a foam, for example, I’m going to have a spec sheet the material needs to satisfy before anybody is putting a product out there on the market. That presumably means that the polymer has passed the test.

But there is a caveat. If you’re making a new type of plastic (and PDK is a new type of plastic), the chemistry is totally different than the polymers that we use today. So, does that mean that there is the potential to provide any sort of performance advantage? And, if so, on what basis should that be realized?

What collaborations are involved in making PDK a viable plastic alternative?

PDKs were developed in my laboratory, and I’ve continued to build out scientific programs that further their development. We have worked very closely with professor Jay Keasing’s UC Berkeley lab to use the tools of synthetic biology to produce monomers that lead to PDKs, in hopes that consumers will pay attention. We’ve also worked with one of my colleagues here at Berkeley Lab, Corrine Scown, who is an expert in systems analysis. She’s helping us to identify the best way to manufacture PDKs—in order to bring them to market at low cost—and be able to process them using the existing recycling infrastructure, also at low cost.

What challenges and/or surprises emerged from your work?

One of the surprises we had actually was tied to whether PDKs could be recycled at all. The types of materials that we were making had this kind of sticky character at certain stages. It’s common in organic chemistry labs to clean the surface of glasses with either an acid or base, and a solid plastic part will pop off in the same shape. But the polymer had dispersed into this kind of powdery solid. We did a little bit of chemical analysis and confirmed our suspicion that it was the original monomer, which emphasized the circularity—or recycling—implications of what we had just observed.

How did HMC help pave the way for your career in the sciences?

I was working in Professor Shenda Baker’s chemistry lab as a sophomore, and Shenda had a program where we were studying polymers at interfaces. At some point, I realized that if I wanted to study cool polymers, I might need to learn to make them myself. Shenda invited a person by the name of Craig Hawker, a research scientist at IBM Almaden, to give a talk at Mudd my junior year. I ended up getting along with Craig, and I worked with him as an undergraduate researcher the following summer. Craig’s postdoc advisor was a faculty member at UC Berkeley, and ultimately it was with him that I conducted my PhD research. The professors at Mudd are well-connected individuals, who can point you to opportunities outside of Mudd that then set you off on your career. I’ve always been very appreciative of those early interactions.

This Kind of Fun