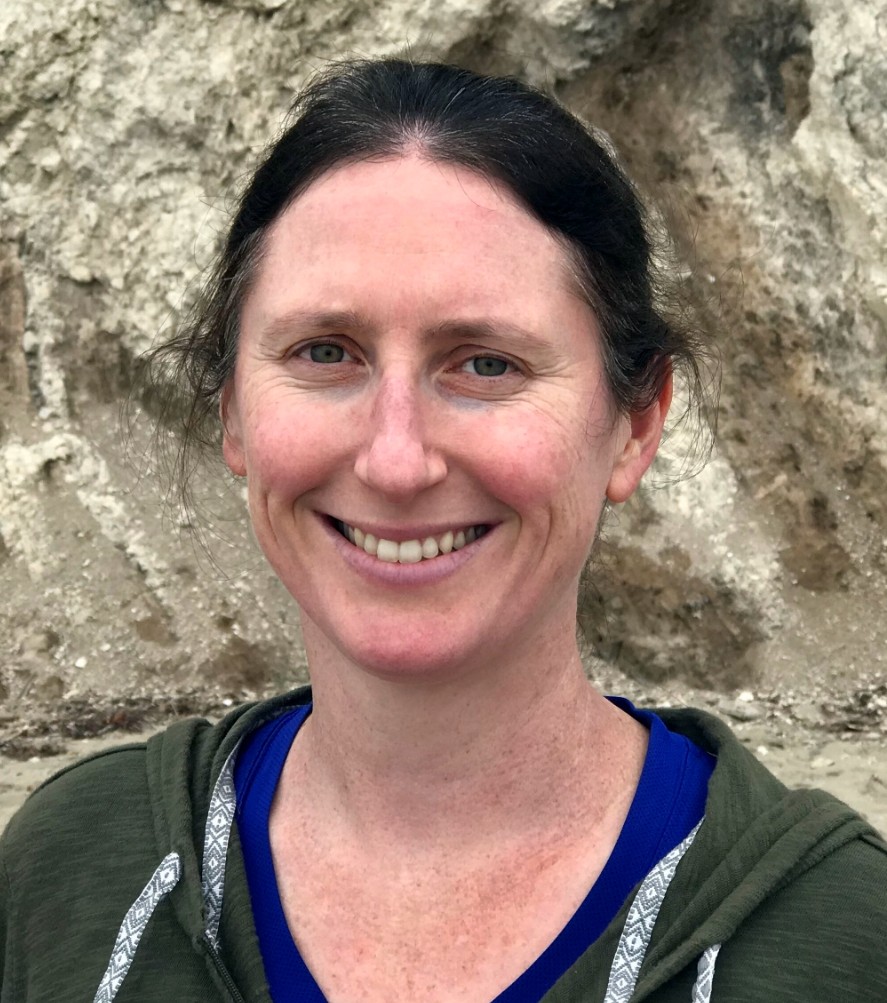 In 2019, Aurora Burd ’05, a geoscience faculty member at Antelope Valley College, was invited to teach Introduction to Earth Science with lab at the California State Prison Los Angeles County in Lancaster, California. CSP-LAC has worked with California State University, Los Angeles, since 2016 to offer incarcerated people the opportunity to pursue a B.A. in communication through classes held inside the maximum-security men’s prison, but this was the first time a lab science would be taught there. Burd, who received the Alumni Association Board of Governors’ Spotlight Award in 2021, says her experience teaching there reminded her of Harvey Mudd College. “The CSP-LAC students were very willing to collaborate with each other and went to great lengths to make sure that everyone was successful in class.”

The first cohort of students were close to earning their degrees, but the CSU graduation requirement of a lab science was a stumbling block, as the classroom facility is not a science lab space, and lab courses are not typically taught as correspondence courses (which is how incarcerated students can take courses not offered on-site). Antelope Valley College (AVC) also offers classes inside the prison and the ability to earn an AA-T in communication studies. The students typically obtain their AA-T through the AVC program, then transfer to the CSULA program.

I was excited to try something new, and I also feel strongly that education can be transformational. I had been told by other instructors that the students at the prison were “hungry for knowledge.” I wasn’t sure what they meant by this, but it seemed like a new challenge to teach in a different environment and a way to work with students who were really excited to learn. My class had 22 students, roughly half of whom were part of the first CSU cohort, while the rest were AVC students. Several are now out of prison, but many of the students were “lifers” and are thus unlikely to leave prison any time soon.

The summer 2019 course was the first time a lab science had been taught inside this facility and might have been the first time a lab science (for transferable credit) was taught inside any California State Prison. This course (fully transferable to both the University of California and CSU system) is a full-semester course covering an overview of geology, astronomy, meteorology and oceanography, and the course outline of record specifies that “students will examine minerals, rocks, [etc. and that] laboratory exercises will expose students to a variety of hands-on activities exploring the earth sciences.” Offering the class required significant organizational effort, as a list of all desired lab materials had to be approved by the prison, then these same materials transported from the main AVC campus to the prison, where they were processed and inventoried prior to being stored in the educational facility. Some materials (such as glass plates for Mohs hardness tests) typically used in an introductory earth science course could not be approved due to safety concerns, so alternatives had to be approved.

The students exhibited much greater engagement during class and more curiosity regarding the material than my typical students do. For instance, the students who grasped the material more easily used their “yard time” to meet with students from other cell blocks to tutor them, and when students had to miss class due to court dates, not only would their classmates prepare notes for them, but often the students’ cell mates would bring their assignments or speak to me from the yard to let me know why my student would be absent (the yard was separated from the classroom facility by a chain link fence). I also finally found out what “hungry for knowledge” meant. I’ve never taught a class (especially for non-majors) where students had already read large portions of the text on the first day, and where students had identified specific parts of the text that interested them and that they were hoping I would expand upon during class.

There was one other thing that occurred in the course that was seen as important by many of the prison staff and that speaks to the transformational power of education for the inmates. Many of the students voluntarily worked with students of other races during class activities. This is apparently quite unusual within the prison environment. I don’t think it was my class that caused this collaboration (and students selected for the AVC and CSULA programs tended to be well-behaved prisoners who saw access to education as a tremendous privilege, so these inmates were unlikely to be engaging in race-based violence while in prison), but I was happy to see the collaboration continue in my class. Overall, the course was extremely successful, with most students earning an A, a few earning Bs, and no Cs. This was roughly one letter grade higher than the typical students.