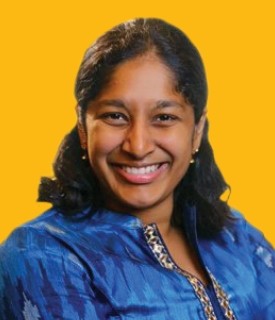 Priya Donti ’15 is making good on her promise to address global warming and the energy crisis.

She began working toward this goal during her time at Harvey Mudd, when she served as co-president of the student environmental club ESW/MOSS, volunteered with community service organizations and developed educational games in partnership with middle school teachers. She earned a degree in computer science/mathematics with an emphasis in environmental analysis and garnered multiple awards, including a National Science Foundation Graduate Research Fellowship, a Udall Foundation Honorable Mention, and a Watson Fellowship to investigate the cultural and social ramifications of renewable energy policy and smart electric grids.

Now a PhD student in computer science and public policy at Carnegie Mellon University, working at the intersection of machine learning, electric power systems and climate change mitigation, Donti has earned yet another honor. She is on MIT Technology Review’s prestigious annual list of Innovators Under 35 as a 2021 Visionary, among those “looking to the future of quantum computing, energy policy, robotics and more.”

Every year, the media company has recognized a list of exceptionally talented technologists whose work has great potential to transform the world. Tim Maher, managing editor of MIT Technology Review, says: “We get more than 500 nominations for the list every year, and getting that list down to 35—a task not only for the editors at MIT Technology Review but also for our 30-plus judges—is one of the hardest things we do each year. We love the way the final list always shows what a wide variety of people there are, all around the world, working on creative solutions to some of humanity’s hardest problems.” 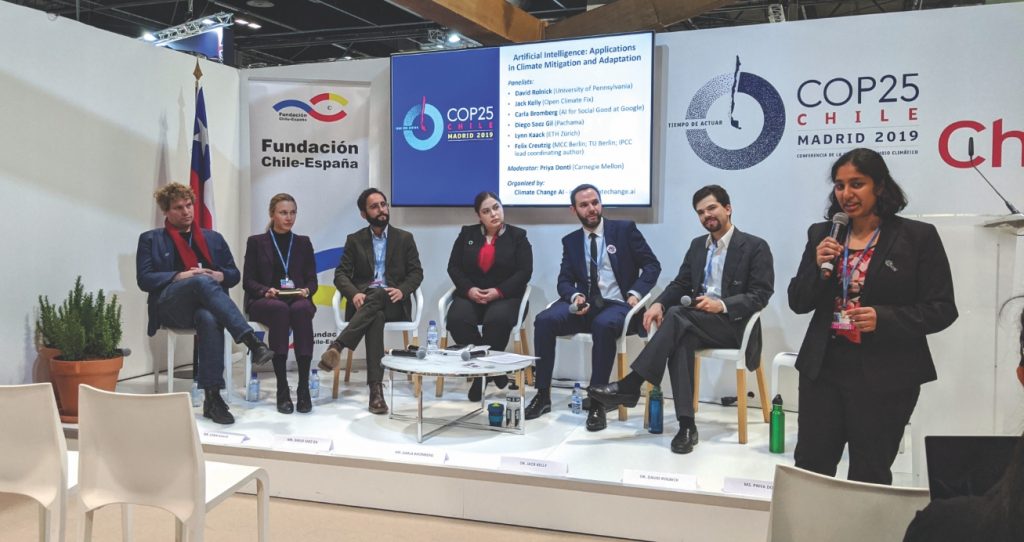 At Carnegie Mellon University, where she is a doctoral candidate working toward a joint degree in computer science and public policy, Donti co-founded an initiative called Climate Change AI, a group of volunteers from academia and industry that seeks to facilitate work at the intersection of climate change and machine learning. She also was a lead author on an influential paper titled “Tackling Climate Change with Machine Learning,” which describes how machine learning can be a powerful tool in reducing greenhouse gas emissions and helping society adapt to a changing climate. Donti’s focus is on working to mitigate the impact of climate change on the world’s most vulnerable populations.

Donti is the most recent Harvey Mudd alum on MIT Technology Review’s Innovators Under 35 list. In 2016, Kevin Esvelt ’04, director of the Sculpting Evolution group and assistant professor at MIT Media Lab, made the Visionaries list for his work developing new gene-editing techniques and raising awareness about the potential threats of gene drives. Learn more about this year’s honorees on the MIT Technology Review website and in the July/ August issue. The honorees are also featured at the upcoming EmTech MIT conference, MIT Technology Review’s annual flagship event (held online September 28–30, 2021), which offers a carefully curated perspective on the most significant developments of the year, with a focus on understanding their potential business and societal impact.

Ask Me About Giving