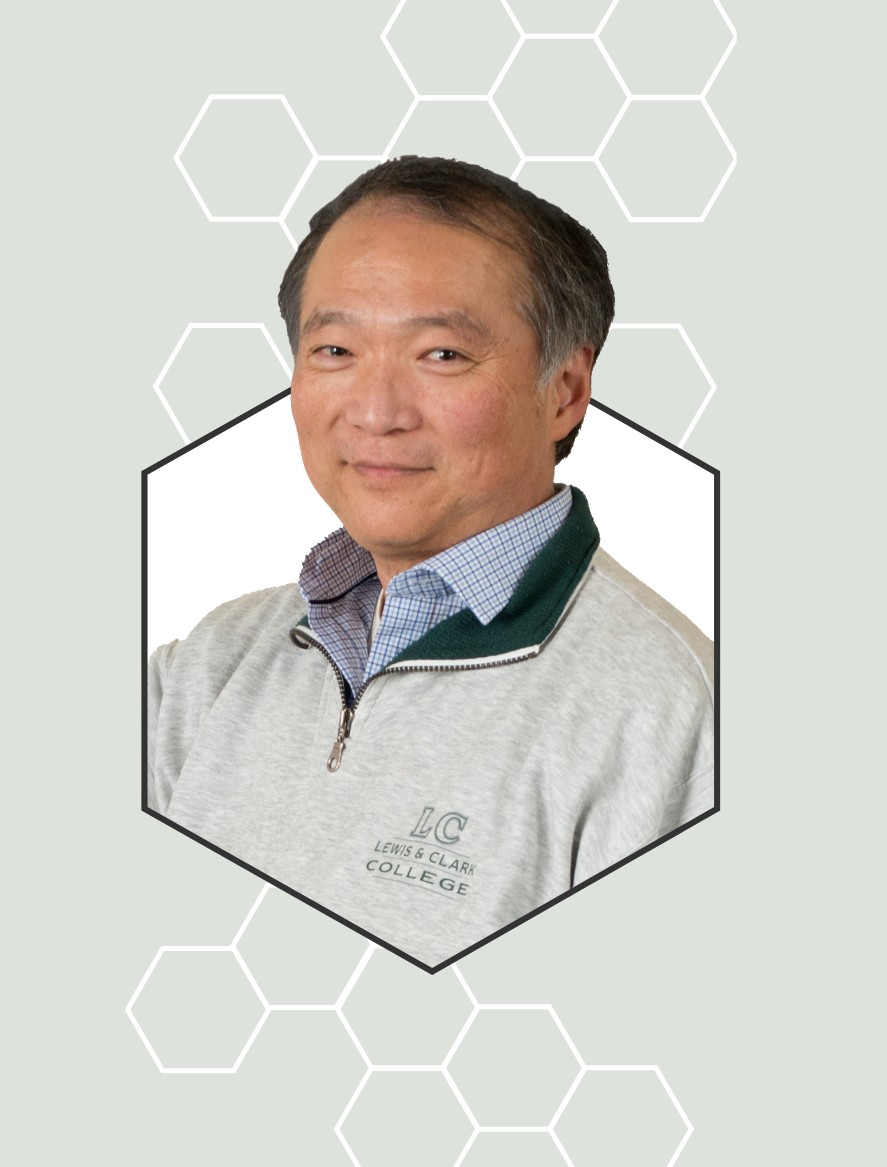 Louis Kuo ’84, a professor of chemistry at Lewis & Clark College since 1992, was drawn to his research area—phosphorus— because of food. Its presence in food preservatives, animal feed and especially fertilizers, impacts our food supply in profound ways. If not for agricultural herbicides and pesticides, we wouldn’t have such robust crop production, but the carcinogens they contain can damage our brains and nervous systems.

With grants from the National Science Foundation, Kuo investigates ways to break down pesticides to make them safer and is developing methods of recycling phosphate toxins, work that few other scientists have undertaken. In his quest for solutions, he’s collaborated and mentored undergraduates (earning faculty awards in 2014 and 2020), worked with Nobel-prize-winning scientists (Robert Grubbs at Caltech and Thomas Cech at University of Colorado Boulder), earned three patents related to his research and won the 2019 Outstanding Oregon Scientist Award from the Oregon Academy of Science. The recipe for his success is a mix of talent, dedication and collaboration with the next generation of scientists.

Why should we be concerned about the supply of phosphorus?

In 2015, the NSF published the report “Closing the Human Phosphorus Cycle” on the need for phosphorus recovery as a national priority. However, the USGS report (January 2021) about the National Minerals Information Center (Phosphate rock statistics and information) indicates a very large supply (67,000 million tons) of crude phosphates in reserve. In the same report, it shows we globally mine 210 million tons of phosphate annually, and this yields a ~300 year supply. But, when you break that number down by nation, the U.S. has only 1,000 million tons in reserve (in mainly Idaho, Florida, North Carolina and Utah), and we mine domestically 24 million tons/year. This yields only a 40-year domestic supply.

Most of the mineable phosphate is in hard-to-reach areas like the Western Sahara. This got me interested in targeting a greater challenge: it’s not enough to break down phosphate toxins; you have to convert it toward a usable form of phosphorus—it’s about sustainability of phosphorus. We know so well about sustainability when it comes to recycling and stewarding limited natural resources. This is about recovering an essential element in short supply domestically before it’s too late. This was new territory for me, because it did not entail organometallics (my grad school focus), and the emphasis is directed toward recovery of phosphates not breaking it down.

You’ve been working since 2015 on this problem. What have you found?

We’ve shown that small plastic beads coated with molybdenum metal could break down the phosphate pesticides. Moreover, we found one of the products of this breakdown is actually a commodity phosphorus compound used in flame retardants and in plastics. Never in my wildest dreams did I suspect this useful outcome for these polymeric beads. In addition, these same beads broke down the well-known herbicide Roundup (glyphosate) into useable phosphate in water. This is our most recent result, and we were delighted when, last year, we were awarded a patent for this work. 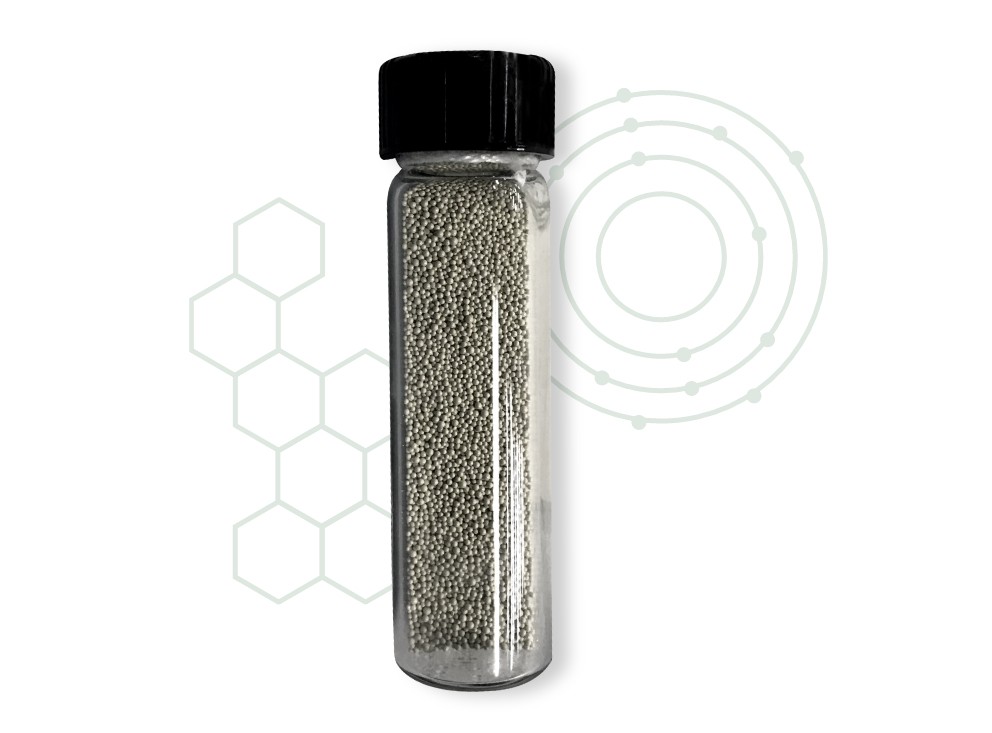 My goal is to understand the why, the mechanism. We want to identify the many intermediate steps, then we want to understand the big question: why A (phosphate toxin) goes to D (good phosphate). Why does Roundup in the presence of these beads generate carbon dioxide and nitrogenous compounds? Can we find other types of metal salts that precipitate out the phosphate into, say, fertilizer?

So it’s not enough to say, I found a way to go from bad A to good D, we have to understand the intermediate steps. That is one of the underpinnings in my work, and it shows up in almost all my publications. It’s a bit like solving a puzzle when you try to understand the mechanism of a reaction, and this approach towards chemistry stemmed from both my undergraduate and graduate education.

My undergraduate research with Mits Kubota (HMC professor of chemistry, 1959–2000) impressed on me the importance of metals in chemistry. It directed me to look at graduate programs and research with an emphasis on studying the chemistry of metal complexes. At the same time, I was intrigued with the hybrid of organic and inorganic chemistry. Mits often let me “wander” around his lab looking for reactions that would be interesting to study, and that freedom was what got me interested in chemistry.

What was your grad school focus?

I focused on how a class of organometallic compounds, metallocenes, bind to DNA. The molybdenum metallocene was structurally related to another non-organometallic compound called cisplatin, which was one of the leading anticancer drugs at that time. The hypothesis was that the two “cousins” worked in the same manner by binding to DNA. This was unique, because it was one of the few cases where an organometallic compound was investigated for its biological activity in water. In my research group (Tobin Marks at Northwestern), everyone else looked at water-sensitive organometallics that usually decomposed from the moisture and oxygen in air. So, I was definitely the “odd one” where everything I did was in water, and the particular compound (molybdenum metallocene) was stable in water.

Around the ’90s, there was a lot of interest in breaking apart phosphates which form the backbone of DNA, and many chemists were looking at how metals could accomplish this transformation. While at Caltech, where I did my postdoc, Jik Chin (McGill University) and I pondered how water-stable organometallics could break down phosphates in water. I had just spent four years looking at how water-stable metallocenes bind to the phosphate backbone of DNA, so it was literally adding two plus two. My first project (and first publication) at Lewis & Clark was applying that guess. In a paper published in Inorganic Chemistry, I wrote that the work was really the first example of an organometallic compound that broke down (“hydrolyzed”) phosphates.

You’ve introduced high school and undergraduates to this research. How have they contributed?

To really broaden the scope of organometallics, I had to find other types of phosphates to break down. I wondered, could these organometallic metallocenes be applied toward breaking down neurotoxic phosphates? With undergraduates at Lewis & Clark, I replicated the synthesis of an analog of the VX nerve agent, one that is extremely safe to use. We put out a half dozen publications showing that the molybdenum metallocene readily degraded this nerve agent analog in a safe manner and, in 2007, were awarded a patent on this work. A subsequent 2015 patent had one undergraduate as a co-inventor; they’ve taken an active role in this endeavor. In 2012, I was pleased to read that my work was reviewed in a Chemical Review article on the destruction and detection of chemical warfare agents.

High school students, including my daughter, are working on the use of the plastic beads coated with the metal molybdenum to degrade phosphates. We break it down to volatile organics and water-soluble phosphate. The three carbons of Roundup form carbon dioxide and methyl amine. So you don’t have to separate the byproducts because they bubble off. When we add another metal, we precipitate the phosphate to a white powder (aluminum phosphate). The high school students looked at the acidity and temperature conditions that form this white powder, which is used as a paint additive. We’ve taken a bad neurotoxin and converted it to paint/corrosion inhibitors, thus precipitating out dissolved phosphate into a usable form. For the next goal, we are looking to precipitate it out as fertilizer.

As global sustainability efforts gain momentum, how does your research on phosphates fit in?

I think of my work as another form of sustainability or green chemistry. We’re taking a toxin— pesticides and herbicides—and we’re recovering it as a valuable commodity chemical. About 15 years ago, this research was couched in terms of national security; the phosphates I was researching were the phosphate neurotoxins in nerve agents, stockpiles of which have since been destroyed. There’s still phosphorus out there, but it’s now in the form of pesticides and herbicides, and so it’s an issue of sustainability. It’s not enough just to degrade the phosphorus, we have to degrade it in a form that’s usable, and more importantly, we have to understand the fundamental chemistry that drives this transformation. 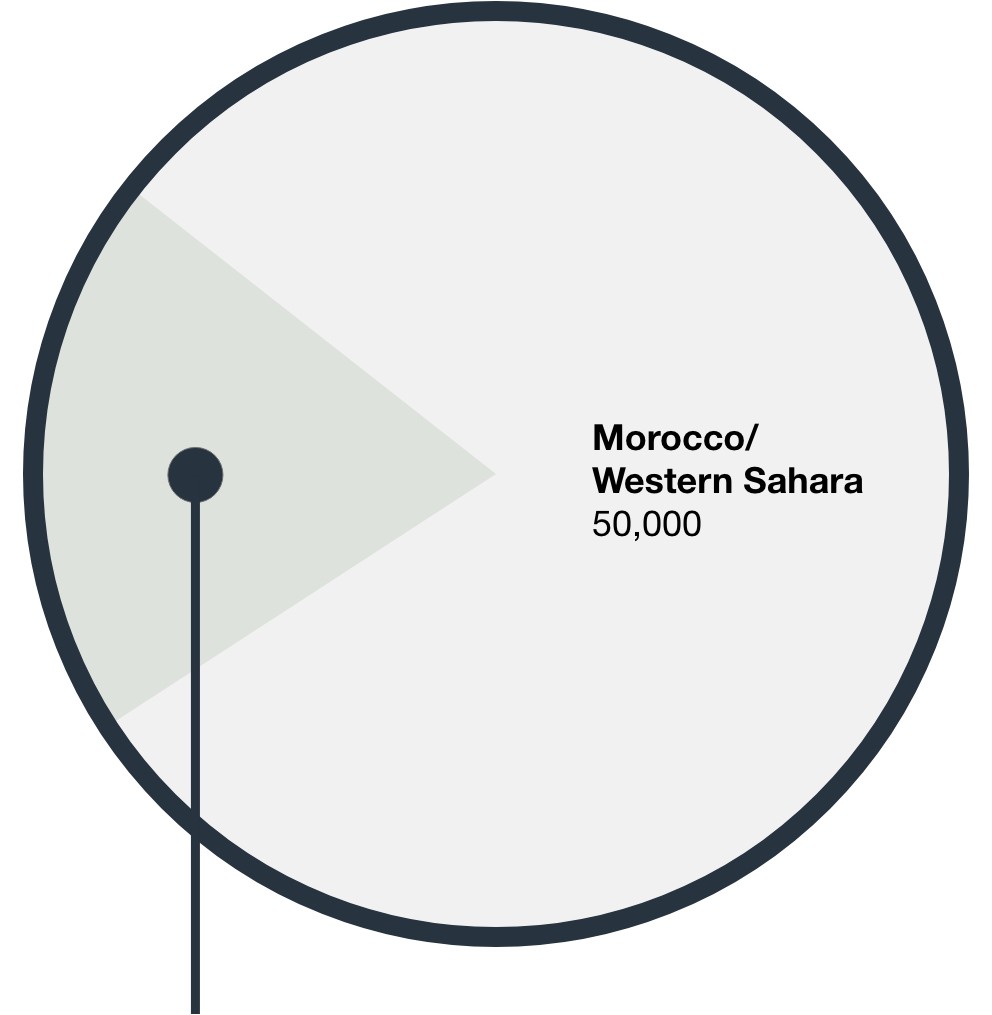 How to Cultivate a Career