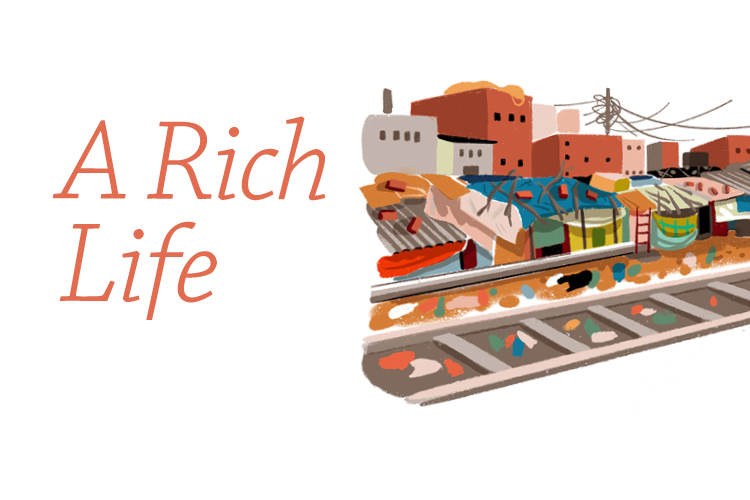 Renunciation is its own reward, and what you give up comes back to you manifold. That’s what Rosey and Jonathan Hakim (’04 engineering and ’01 physics) found out when they decided to live and work in the slums of Asia. The couple moved to Bangkok and worked with street children and trafficked girls; for the past seven years they have been living in a slum in north India.

Jonathan’s passion at school was astrobiology; his long-term plan was to be the mission astrobiologist on the first manned mission to Mars. Turns out, he was needed more on Earth. “I heard God calling me to serve others, rather than to pursue my own career,” he says. “I was moved to serve as a teacher in places that have been deprived of access to quality education.” 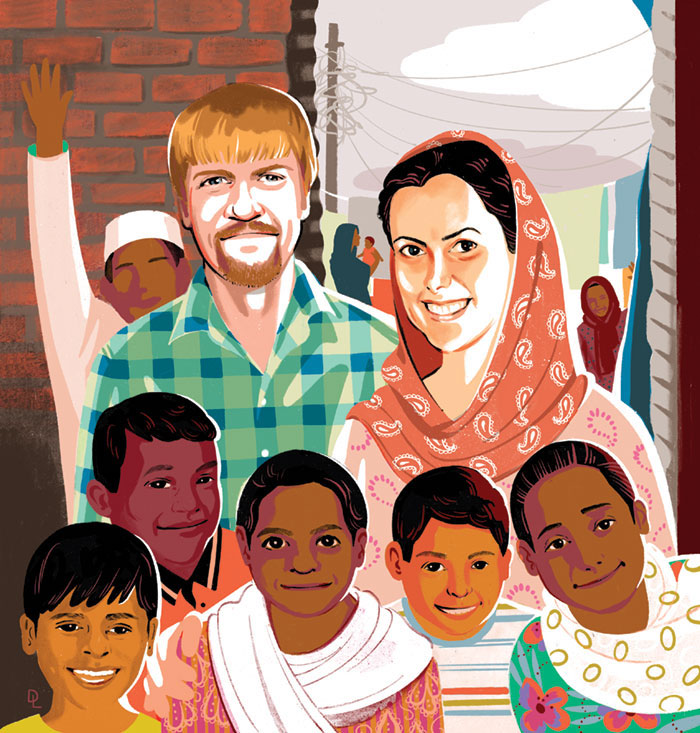 Jonathan says they were welcomed into their new world. “From the time we first stepped into the slum, people invited us into their homes, served us chai and were excited to talk, even when our Hindi/ Urdu competency was almost non-existent. Though there was some distrust and uncertainty—some neighbors thought we must be CIA or even criminals on the run!”

Rosey credits Harvey Mudd with imparting lessons that have helped in their new life. “The rigor of the academic study, on top of engagement with the communal life of the College, helps me handle challenging tasks, prioritize, be humble and live interdependently with others,” she says. “The exposure I received at the 5Cs to people of different ethnicities, religions and ideas opened me to ’the other’ and to working toward mutual understanding.”

Jonathan is the lead teacher and trainer for Global Dream, a program that promotes literacy. “We’ve helped about 150 children and adults in our slum become literate, while starting dozens of literacy projects in slums across our city and training groups in nine Indian states,” he says.

Rosey also works with the literacy program and counsels trafficked and abused girls. “The stories that the girls have lived and the trauma they carry is brutal, but being able to see them reach toward hope and a new life helps keep me going,” she says.

The Hakims have developed close relationships with several families, becoming “a ’big brother and big sister’ to the young men and women in those families,” Rosey says. “We’ve established a relationship of genuine trust, and along with it the respect and the obligations of family.” Family is paramount. “Families are very, very tight here, and even in the most broken families there is a degree of solidarity that is difficult to wrap your head around,” Jonathan says.

At one point the Hakims, who have two children of their own—baby Sophia and foster daughter Chhaya, who is completing 12th grade—took responsibility for a young man with bipolar disorder, nurturing him for months until he recovered enough to resume teaching in the literacy program. They also have responded to emergency needs as they’ve cropped up, at times paying for life-saving medical care that families couldn’t afford on their own. “It is embarrassing because it can be such small sums for us that we’ll never even notice in our life, but lack of those small sums is the difference between life and death for them,” says Jonathan.

Daily life in the slums is a hardship. This year, between late April and early June, there were 32 days that were 108 degrees or hotter; at times it hit 120 degrees. “You’re surrounded by brick and concrete that holds in every bit of heat,” says Rosey. “There’s no ventilation. So many people doing washing in close quarters ramps up the humidity, there’s no A/C, and the electricity for the fans might give out at any minute. Imagine trying to work under such conditions or care for a newborn baby. Imagine when the water stops flowing, as happens from time to time.”

But the daily grind is what you make it. “Washing clothes by hand becomes space for prayer; making Indian flatbread allows me the joy of creating beautiful food,” Rosey says. Adds Jonathan, “There is significantly more social interaction than in our previous lives. We live maybe 100 meters from the road, and when I go out at least 10 people will greet me in that stretch, and two or three of them will want me to stop and talk longer.”

Jonathan says their slum is diverse, with people from different backgrounds, regions, religions, socioeconomic levels and plans for their lives. “Most are poor, yet remarkably generous. I’ve had someone stop me to discuss American politics with more insight than many of my American friends—while someone else will ask me which train goes to the American village, and how many hours does it take to get there?”

Humor is essential. “Our neighbors laugh at more things than you would imagine,” he says. “It can be a coping mechanism for a difficult life: If you don’t laugh whenever possible, where will you find joy? At other times it’s a defense mechanism, a sign of discomfort when a proper response isn’t clear. And I think they might just find a lot of stuff really funny.”

Many people in their community came from the countryside to find work. While better infrastructure and services would improve their current lives, “I’m beginning to think that sustainable, community-centered rural development is the healthy way forward for both people and the environment,” Jonathan says.

“Slums are not inevitable,” Rosey says. “I never thought I was greedy, but we in the West don’t know that our standard of living perpetuates the unfair wages, lack of housing and increased pollution that we see our neighbors suffer from here.”

Like their neighbors in the slums, they don’t give up hope. “Another way is possible,” Jonathan says. “But it will only come when we are able to understand how our lifestyles impact the lives of those on the other side of the globe, and become willing to entertain the possibility of changing our own lives dramatically in order to give greater opportunity to theirs.”