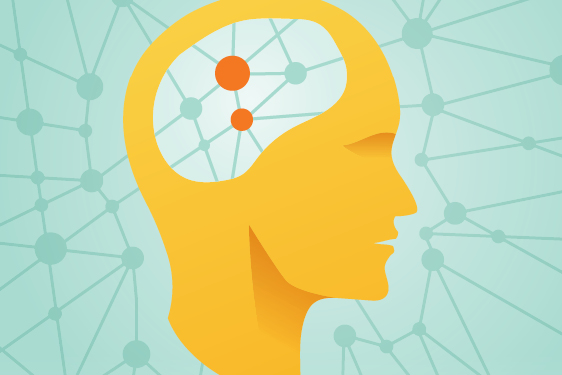 While her undergraduate major (mathematical and computational biology) steered her toward doctoral studies and a career as a neuroscientist and a professor, Natasha Parikh’s research has been directly influenced by her work as an HMC proctor and mentor.

“As a proctor, I saw people get stressed out in day-to-day life,” says Parikh ’14. “I became more and more interested in human behavior and how that influences what the brain is doing. I wanted to know how some people do a good job handling the incredible stressors of college life, while others need more support and resources.”

Her desire to understand—and to help—people who struggle with stress and anxiety has steered her research ever since. 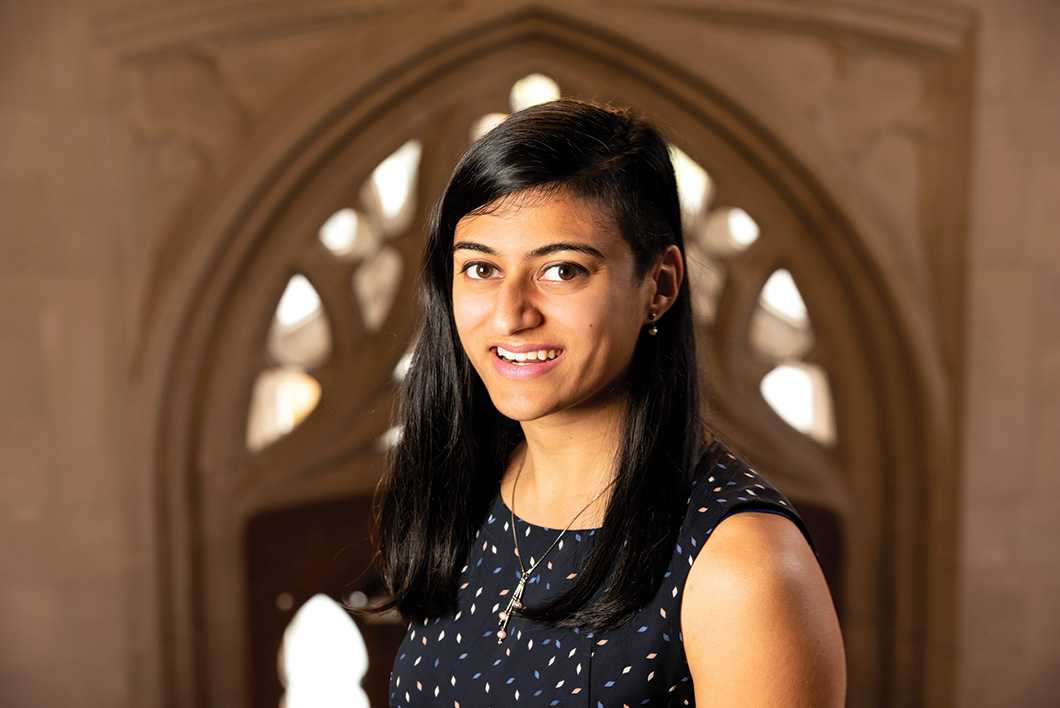 While working toward her PhD at Duke University, Parikh wrote a dissertation on using imagination to alter negative responses to memories. Researchers have investigated how people handle their emotions in the moment—such as how they deal with fear in a scary situation—but there’s little published on how we handle emotions related to situations that happened in the past, such as a challenging childhood, psychological trauma or a recent bad experience.

Nostalgia, Parikh explains, affects how we feel about things that happened years ago, and it overrides the emotion we felt in the moment.

“Memories are not ‘photos’ that never change in our mind,” Parikh says. “We use what we know to help us understand new experiences. So how can we take that idea that memories are changing and adapting and use it to manage current emotions dealing with memories from the past?”

We think about an event that happened, creating ‘if-only’ scenarios, and when done in excess, this phenomenon appears as rumination and can be detrimental. I’m interested in how we can break out of the rumination of what we should have done better.

Her work with Duke researchers Kevin LaBar and Felipe De Brigard on counterfactual thinking and memory reconsolidation (or modification) is similar: Parikh looks at how people may be able to reframe, or reimagine, events from the past so the event appears better than what could have happened, creating a positive what-if scenario in their mind.

“People often wonder about how events could have gone differently, and people who have anxiety, especially, can get stuck,” she says. “Over and over, we think about an event that happened, creating ‘if-only’ scenarios, and when done in excess, this phenomenon appears as rumination and can be detrimental. I’m interested in how we can break out of the rumination of what we should have done better.”

Parikh says if people are able to create worse what-if situations in their minds, it can help them see the positive side of an event.

For instance, a student who earns a poor grade on an exam may reframe negative thoughts of “What if I had studied more” into “Well, I could have failed the exam,” and therefore feel better about the low, passing grade he or she received.

Parikh’s research aims to propose better coping mechanisms for people with high levels of anxiety or depression. She emphasizes, however, that her work is intended to help people feel better about what happened without creating a false memory or forgetting the memory.

Her research methods include using facial electromyography (EMG). Parikh measures muscle activity on study participants’ faces, such as furrowing the eyebrows or smiling, as they feel different emotions. Functional MRIs allow her to measure brain activity as participants recall memories while inside the MRI scanner.

“These all tie back to my HMC degree because I’m measuring brain and muscle activity, which ties to biology; and the data from these machines is so extensive—often thousands of values for every couple seconds—that they require a computer and a lot of fancy math and statistics to make sense of it, which corresponds to the computation and mathematical parts of my degree.”

Parikh has continued the research she did at Duke University—where she received her PhD in psychology and neuroscience last year—to Harvard University, where she’s a College Fellow and affective neuroscientist working in the lab of Leah Somerville. Parikh spends about 75 percent of her time in the classroom and has designed her own classes, including Psychology of Music, Programming for Psychologists, and Psychology of Imagination. She says that as much as she enjoys research, her main focus is becoming a professor and teaching at a liberal arts college.

It’s something she’s good at. While a teaching fellow at Duke, she received the 2019 Dean’s Award for Excellence in Teaching. One of her nominators wrote: “From the moment she started working with us I have been utterly impressed by her discipline, her technical and mathematical skills, her capacity to learn and find innovative solutions to difficult problems, her natural inclination toward leadership and her unquestionable promise to become a leading researcher and instructor in psychology and neuroscience.”

For a neuroscience seminar at Elon University, she taught upper-level students how people learn and what happens to the brain during the learning process. Parikh says the course examined “the good, the bad and the ugly of learning things.”

“I had the pleasure of seeing Natasha grow into a confident and extremely capable young scientist,” he said. “In addition to her exceptional intellectual abilities, Natasha’s enthusiasm for science, combined with her kindness and obvious interest in people, undoubtedly contribute to making her such an effective teacher.”

In addition to helping others through her teaching and research, Parikh has found that her discoveries have influenced her own life as well.

“Since starting my research in emotion regulation, I’ve been much more attuned to my own emotional state and how I handle emotional situations,” she says. “I’ve used my own techniques to process difficult memories and used knowledge I’ve learned from others’ research in the same area to handle more acute situations or long-term problems.”

“With my work on reframing memories, I try to remind myself that part of this experience is what we make of it! What can we remind ourselves to be grateful for during this time? What sorts of things do we have control over still? Focusing on these aspects, rather than the negatives, can be very helpful as we go through each new day.”