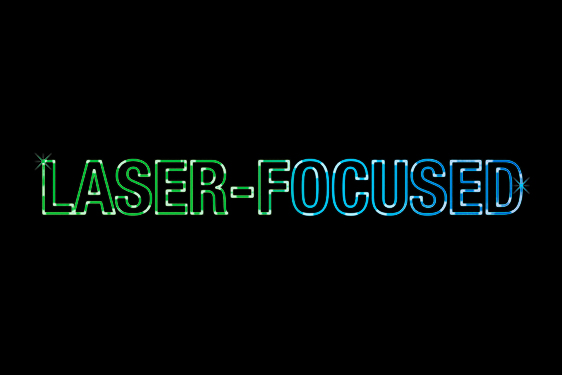 Henry Kapteyn ’83 can’t recall whether it was John Townsend or Tom Helliwell—Harvey Mudd physics professors—who originally introduced him to the topic of X-ray lasers, but he clearly remembers the discussion about the challenges of generating the enormous power to make them. “With the basic physics of a laser, you’d need about a billion times more power to make an X-ray laser than you’d need to make a laser pointer,” Kapteyn explains. “It was a very interesting problem.” It was also one he didn’t forget.

Now 37 years later, Kapteyn has become one of the field’s foremost researchers, greatly expanding the understanding of ultra-fast laser science and its potential for high-resolution medical and other imaging, as well as next-generation microelectronics.

After earning physics B.S. and M.S. degrees from HMC and Princeton University, respectively, Kapteyn became a doctoral student in the University of California-Berkeley’s physics department and began pursuing the power puzzle at Lawrence Livermore National Laboratory. While some scientists at Livermore were mulling over the idea of exploding a nuclear bomb to get the power to make an X-ray laser, Kapteyn hoped to find a more widely accessible method. He took a big step toward that goal by generating laser pulses in the ultraviolet region of the spectrum—and without any explosions required. It was quite an achievement, but he still sought to design lasers at the evens-horter wavelengths of the X-ray region.

Also while at Berkeley, Kapteyn met fellow doctoral student Margaret Murnane, who would become both his wife and his research partner. Once the pair earned their PhD degrees, they took shared-lab faculty positions first at Washington State University and then at the University of Michigan, before finally settling at the University of Colorado and its renowned JILA institute in 1999. Along the way, they succeeded in solving the central power problem plaguing X-ray laser development.

“What happened is we used a different set of physics to get around the fundamental difficulties of making an X-ray laser, and we did that by converting light at the visible wavelength to very short wavelengths,” Kapteyn says. The process involved producing super-short pulses of visible light—just 10 femtoseconds (10-14 seconds) in duration—which greatly concentrated the energy of light and generated the high level of power needed to create a focused beam of photons at X-ray frequencies. By “transmuting” laser light from the visible to the X-ray region of the spectrum, it was possible to retain the focused, directional nature of this laser, creating coherent X-ray laser light.

Not only did Kapteyn and Murnane produce X-ray laser light, but they did it on a device that can fit in a typical research lab. “This made it a lot more practical,” he says, “because it’s something that runs on your tabletop to generate coherent X-rays as opposed to where this field started, which was a single-shot experiment where your power comes from a nuclear detonation!”

Since that first discussion about X-ray lasers in his undergraduate days, Kapteyn’s interest has also extended to the myriad potential uses for this technology. To that end, he and Murnane started a company, KMLabs, shortly after they left Berkeley so they could explore the possible uses of ultrafast lasers. Today, the company offers a product line of laser systems capable of delivering femtosecond and attosecond (10-18) pulses of X-ray and ultraviolet light for a broad range of applications.

One area of great interest is in imaging, where shorter wavelengths correspond to increased resolution. Kapteyn envisions medical doctors and researchers using this technology to view exceedingly fine details of the brain or other organs. In addition, the couple’s group has also been able to string together successive rapid-fire snapshots to create videos, and “we made the first actual nanoscale movie just a year or two ago,” he says. Such a capability would yield insight into neuronal activity and other biological processes occurring in real time.

In addition, X-ray laser imaging has great potential in the microelectronics industry, which is always seeking smaller and faster chips. “When you’re on an engineering path, which is very much the description of microelectronics, people keep pushing evolutionary improvements without really looking at the underlying physics of what’s happening. There’s a lot that’s unknown and that has to work better to have a big impact.” Kapteyn says. This is where coherent X-ray lasers come in.

For instance, KMLabs is helping with a major issue that has arisen since manufacturers have begun using an advanced etching technique called extreme ultraviolet (EUV) or soft X-ray lithography to make new, cutting-edge chips. The technique relies in part on light-sensitive material, called photoresist, to help print the often molecule-sized microscopic circuitry onto chips, but there’s a hitch. The photoresist isn’t behaving as expected, so the chip details aren’t printing cleanly, Kapteyn says. At the request of a nonprofit consortium that serves the semiconductor industry, KMLabs is building an X-ray laser system to peer into light-matter interaction in the photoresists and figure out what’s going on.

These are just a few of the possibilities for ultrafast laser technology, he says. “An X-ray laser isn’t something that will be in everybody’s house, but the products that are enabled by that technology could end up being in everybody’s pocket as the next-generation smart phone.”

Looking back and forward

Kapteyn has seen amazing progress over his career, but he still sees much to do.

“We’re now doing things that we wouldn’t have dreamed were possible when I was a grad student or when I was an undergrad at Harvey Mudd, and I feel very fortunate that a lot of what I envisioned I wanted to do with my life is getting there,” he said. “Scientists tend to work until they drop, and I don’t see us running out of things to do. There are a lot of exciting new directions ahead for us.”

Married research partners are few and far between in the sciences, but Henry Kapteyn wouldn’t have it any other way. He and his wife, Margaret Murnane, have been sharing a lab since 1990.

Their joint accomplishments haven’t escaped notice. In addition to the Arthur L. Schawlow Prize in Laser Science, one of the highest honors awarded by the American Physical Society, they were named co-recipients of the prestigious Benjamin Franklin Medal in Physics. The last time the Franklin Medal went to a married couple for physics accomplishments was in 1909, and it went to none other than celebrated physicists Pierre and Marie Curie. Kapteyn remarked, “It’s a big thrill.”

The key to working together for Kapteyn and Murnane has been communication, even when—and sometimes especially when—they don’t see eye to eye, he says. “We bounce ideas off each other all the time, and I think a big part of my success
is having someone I can truly be open with and trusting with.” He adds, “You get an information transfer that really accelerates the thinking process and puts you on the right track a lot faster.”

“Margaret and I have been isolating ourselves for nearly two weeks now—but videoconferencing means we’re still working hard. And also cleaning the house and gardening, to keep sane. Our labs are shut down for the time being. But we’re fortunate otherwise—a few colleagues who have had mild symptoms of COVID, but weren’t tested, are recovering well. The Franklin Institute award gala has been postponed until an indefinite time in the fall, as would be expected.”