Over the past two years, Bates alumni Bruce Worster ’64, Walt Foley ’69 and John Norin ’90/91 have worked to raise funds so that professional librarian Michael Palmer could work alongside Instructor of Aeronautics Emerita Iris Critchell to preserve the College’s collection of aero history, which includes historic books, photographs and other items. Last year, they raised $67,000 to move Palmer from part time to full time, and this past December, Bates alumni and friends responded generously to a $50,000 matching gift challenge by Eileen SCR ’67 and Jude Laspa ’65, and Bruce and Susan Worster to raise $144,383 to continue supporting Palmer’s work. This treasured Bates Library Collection is well on its way to being properly preserved and will remain readily accessible to students, faculty, aviation historians and enthusiasts well into the future.

Here are a few gems from the collection. 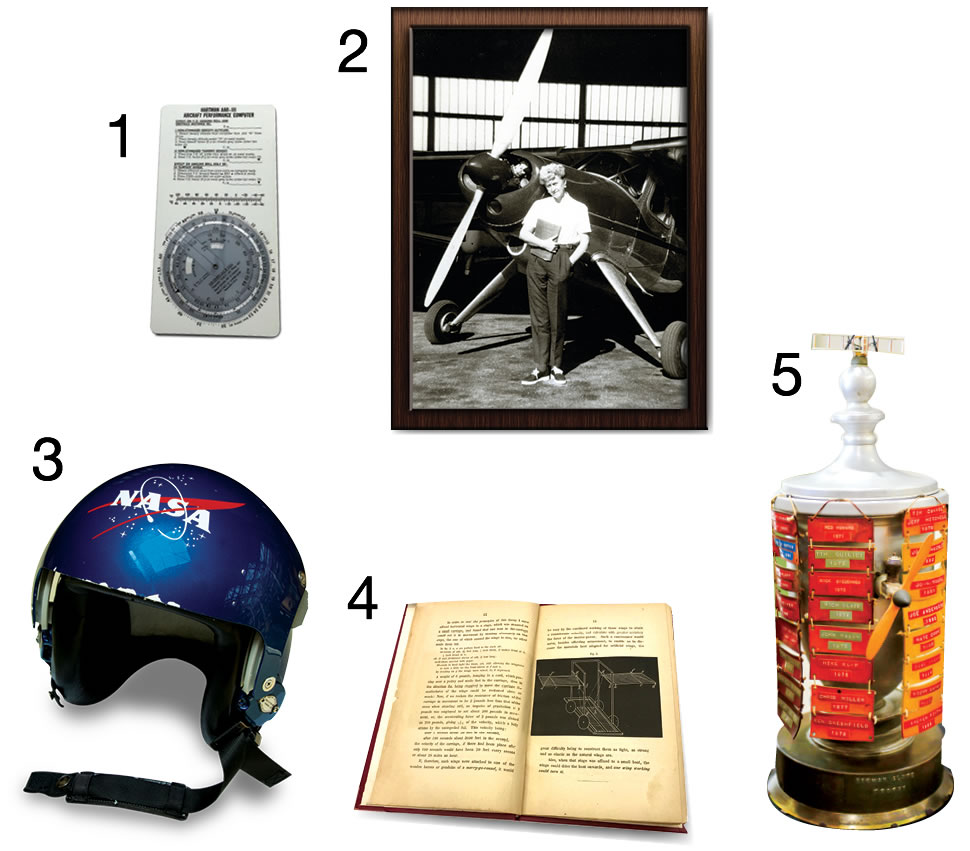