The 2018 air races classic is in the history books as one of the most difficult races due to weather. A huge low-pressure area parked itself in the Midwest, blocking the racers from flying legs three through eight under visual flight rules (VFR) conditions. Physics alumnae Barbara Filkins ’75 and Nancy Smith ’76 (aka The Flying Tigresses) used a combination of skills and experience to navigate the course and complete the race.

The longtime friends and graduates of the College’s former Bates Aeronautics Program were sponsored by the HMC Alumni Association. Smith, a retired environmental engineer, sea plane enthusiast and flight instructor is on the faculty of Lake Superior College’s Center for Advanced Aviation in Duluth, Minnesota. Filkins was a Bates instructor for 10 years and is a certified flight instructor with multi-engine commercial and instructor ratings and a “strong taste for aerobatics.” But there were no stunts this voyage. The weather was tricky enough. 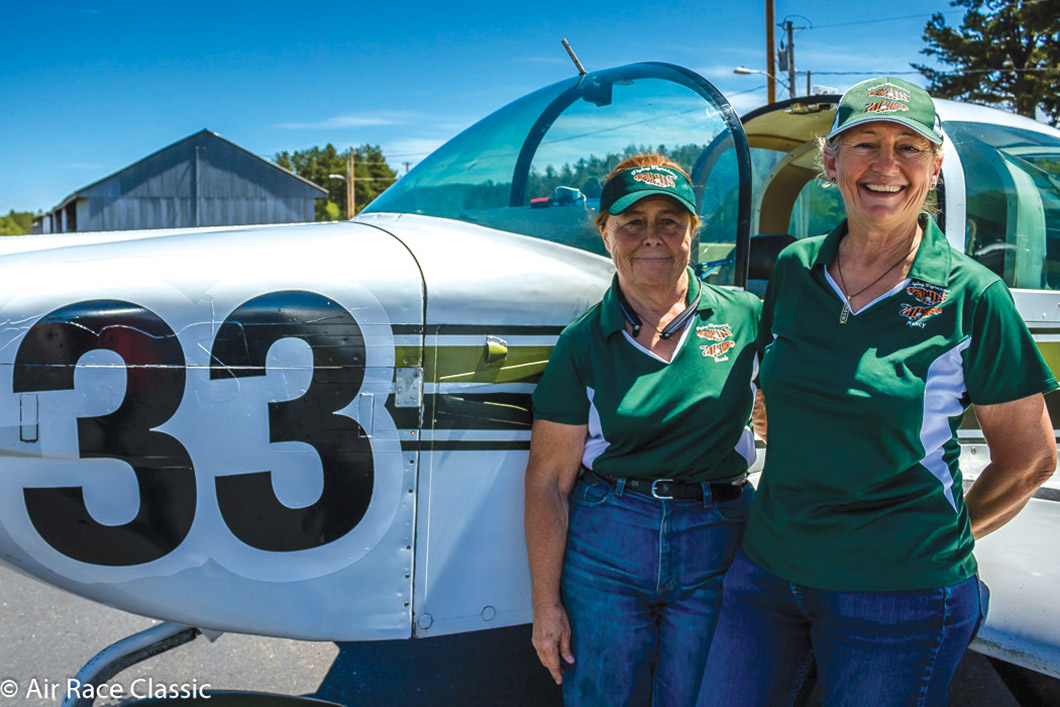 After an impressive conga line of 56 airplanes launched from Sweetwater, Texas, Smith says they were “greeted with high hoopla” at the first stop in Alva, Oklahoma, where “The blueberry muffins were homemade, and the sugar cookies with airplane decorations were especially fun.”

Then the weather started to deteriorate in Beatrice, Nebraska. Most racers, including Filkins and Smith, decided to spend the night in Beatrice. Those who ventured on toward Faribault, Minnesota, had to land out or land under instrument conditions and were disqualified (visual flight rules are a requirement for the race). In order to avoid the thunderstorms, the race committee decided to change the third leg from Faribault to Galesburg, Illinois. “Some pilots flew in the clouds, on instrument flight plans (legal because the race was suspended for the move), while others chose to stay low and go under all the clouds so they could see and avoid the rain showers,” says Smith.

After landing in Galesburg, Filkins and Smith assessed the weather at their next stop, Auburn, Indiana, and decided to stay put. Teams who chose to go on to Auburn made a gamble, but they all arrived safely and secured a spot ahead of those who stayed behind. “It’s a very interesting exercise in aeronautical decision-making and risk management,” says Smith who, as an active flight instructor, sees the race as a good object lesson with a lot of material to teach her students about aeronautical decision-making, specifically flight safety. “Watching [fellow racers] making decisions was interesting.”

Among the 56 teams (121 women pilots), The Flying Tigresses came away with lots of swag, about 45 flying hours, fond memories (including almost landing on the wrong runway at Alva, Oklahoma) and a placement of 27th out of 38 finishers.

“We flew a clean race,” says Filkins. The judges complimented their prowess and awarded them the SOS Claude Glasson “Turtle” Award (lowest score with no penalties). The Flying Tigresses prefer to focus on the “no penalties” rather than the “slow” part of the award. Asked if they will do another Air Race Classic, there’s a long silence. Then laughter.

“We’re talking about it. Maybe we’ll return as the Golden Turtles!”

The Flying Tigresses helped boost fundraising efforts for the Iris and Howard Critchell Aeronautical Annual Scholarship. Just over $19,000 was raised from their Air Race Classic-related appeal, which brought the scholarship’s 2017–2018 fiscal year total to $55,235, a 59 percent increase over last year. 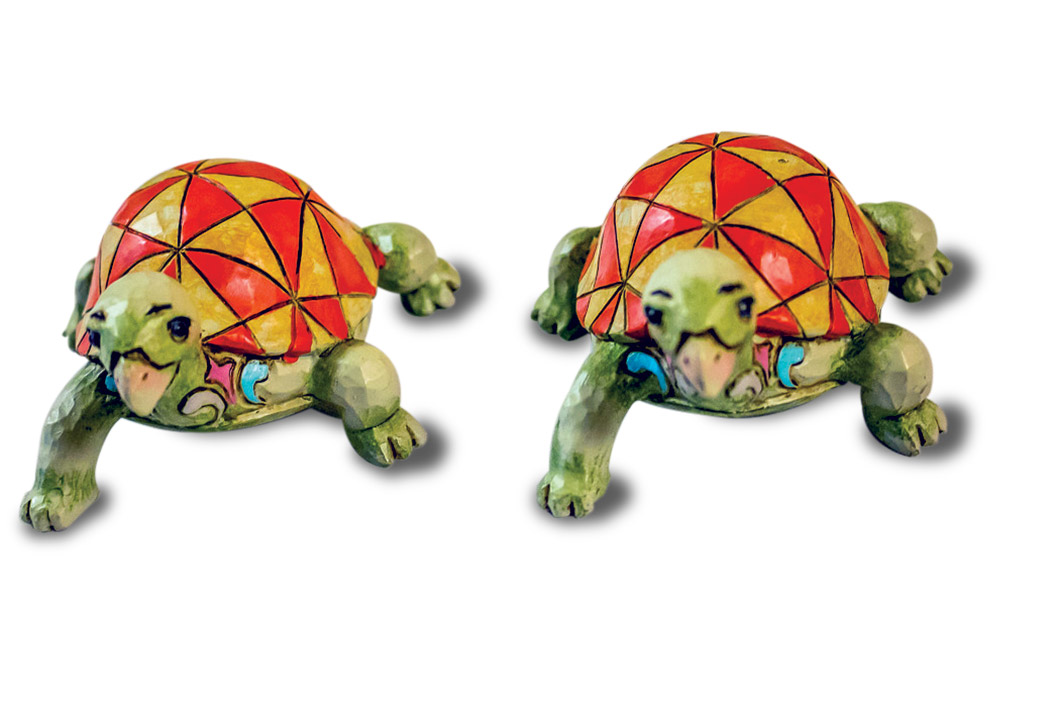