Metallurgy is the science of extracting metals from their ores and modifying metals for use. Researchers study metal purity, strength, hardness, how well metal can be bent and shaped, and if it can be forged or machined.

“A lot of work in metallurgy has been small, incremental improvements to existing alloys,” says engineering professor Lori Bassman, who leads an applied mechanics research group at Harvey Mudd College. “But we have been working in the field of compositionally complex alloys, which has opened a lot of room for creativity because the range of possible alloys to explore is massive.” Traditional alloys, including steel and aluminum, are formed using a primary solvent element combined with small quantities of other elements. Compositionally complex alloys typically consist of at least four elemental components and contain substantial content of each. 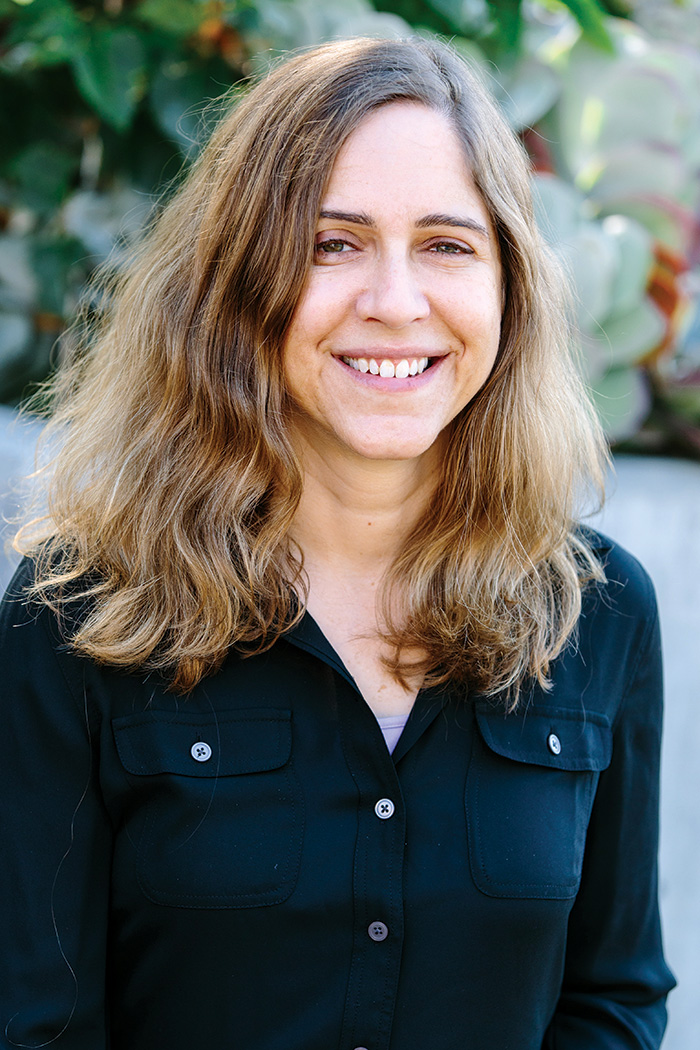 The Bassman group employs an interdisciplinary team of student researchers to create new alloys and computationally simulate their structures and properties. Their experimental work is performed at the University of New South Wales (UNSW) in Australia with colleagues Bassman has collaborated with for 14 years, including Kevin Laws, a leading expert in compositionally complex metal alloys. Support from the National Science Foundation and the Jude and Eileen Laspa Fellowship in Applied Mechanics has allowed Bassman to bring 32 HMC students to the UNSW School of Materials Science and Engineering for summer research since 2009.

The Bassman research group and their UNSW collaborators have found great success with several published papers, conference presentations and multiple filed patents, including one as recently as February 2020 for a family of novel compositionally complex metal alloys that could be a substitute for stainless steels. Nicknamed “chromalume,” the novel alloys combine aluminum with the iron-chromium-manganese system to achieve a unique combination of ductility, cost and processability.

Engineering majors Stephanie Blankley ’20, Doug Raigosa ’20, Natalie Krieger ’21 and Jackson Baker ’21 worked on the alloy family in the summers of 2018 and 2019. Each received training then chose what they wanted to focus on (producing alloys, electron microscope characterization or mechanical characterization). “Most steps require more than one pair of hands, so everyone gets to learn how to do many things, but they each have ownership of specific parts,” says Bassman, who admits that the computational aspect is harder to explain in an accessible way. Yet, her students often surprise her. “I didn’t expect to have a student do computational work on the chromalume/stainless steel substitute project in 2019, but Holly Frank ’20 (physics) saw the experimental results from the year before and, on her own, formulated the project that she conducted.”

Research during summer 2020 was similarly enthusiastic. Bassman and her student researchers—based at their homes throughout the United States—connected virtually with colleagues in Australia and Sweden and made key contributions in the quest to develop the chromalume family of alloys.

Bassman collaborated with joint math-physics majors Savanah Diaz ’22 and Anna Soper ’22 on computational research, building from Frank’s work, using density functional theory and other computational methods. “The goal is to understand how the addition of aluminum prevents the brittle sigma phase that is an issue in some stainless steels from precipitating in chromalume,” Bassman says. “Before we can really have an accurate model of how aluminum achieves this, we need to be able to accurately model the sigma structure, which has a 30-atom unit cell.”

Soper sought to understand the placement of the four atomic species on the sigma lattice using a strategy called cluster expansion. Diaz developed methods to examine the geometric and electronic structures of sigma phase and to interpret the results. HMC alumni Aurora Pribram-Jones ’09 (chemistry), Jonas Kaufman ’17 (physics) and Adam Shaw ’18 (physics) were co-mentors for this work.

“Once we can model sigma, we will be running versions of it with varied amounts of aluminum and trying to decipher why and how it is destabilized once enough aluminum is added,” Bassman says.

Engineering majors Alexandra Loumidis ’22 and Kaitlyn Paulsen ’22 used thermodynamic modeling software to construct a four-dimensional phase diagram of the chromalume family. Working with Patrick Conway (Jönköping University) and Laws, they developed tools in MATLAB to process data produced by the thermodynamic modeling software for the phases of each composition at a range of temperatures. In addition to explaining variations found experimentally, the team’s work is guiding upcoming experiments at UNSW.

A fifth student, Emma Cuddy ’21 (physics), worked with UNSW researchers and the alumni co-mentors to predict color in precious metal intermetallic compounds like purple gold (AuAl2) and to develop a computational method to predict color in more complex alloys. Laws has made commercial connections on colored alloys that are part of the motivation for the work.

“The group uses an impressive fraction of the periodic table regularly and explores a wide range of material properties,” Bassman says. So far, she and her students have used 35 elements in alloys; their colleagues at UNSW have used even more.

“With all the degrees of freedom in element selection and composition, there’s great promise for tailoring material properties specifically for different applications.”

While work on alloys is intricate and consuming, the schedule is flexible enough for some fun. This year, Bassman encouraged her students to hold weekly virtual social events, including making Australian desserts with colleagues in Sydney and sharing them over Zoom and watching an Australian rules football game together. The HMC students also continued the annual tradition of hosting a Fourth of July party—virtually this year—for their Australian friends.

The summer research students continue their work this fall, and Bassman hopes to return with them to UNSW next summer.