Distance restrictions imposed by the COVID-19 pandemic made aspects of the Summer Research Program problematic, but faculty members and students showed great resourcefulness and flexibility. Christopher Clark, associate dean of research and experiential learning/professor of engineering, and LaTiara Rashid, research assistant, devised a program that showcased research and scholarship from all departments. In seeking to make it as interactive as possible, their efforts included organizing Summer Weekly Seminars and MicroWorkshops delivered via Zoom and establishing a blog that features students’ descriptions of their summer projects. We’ve highlighted several projects.

1. HUMANITIES, SOCIAL SCIENCES, AND THE ARTS 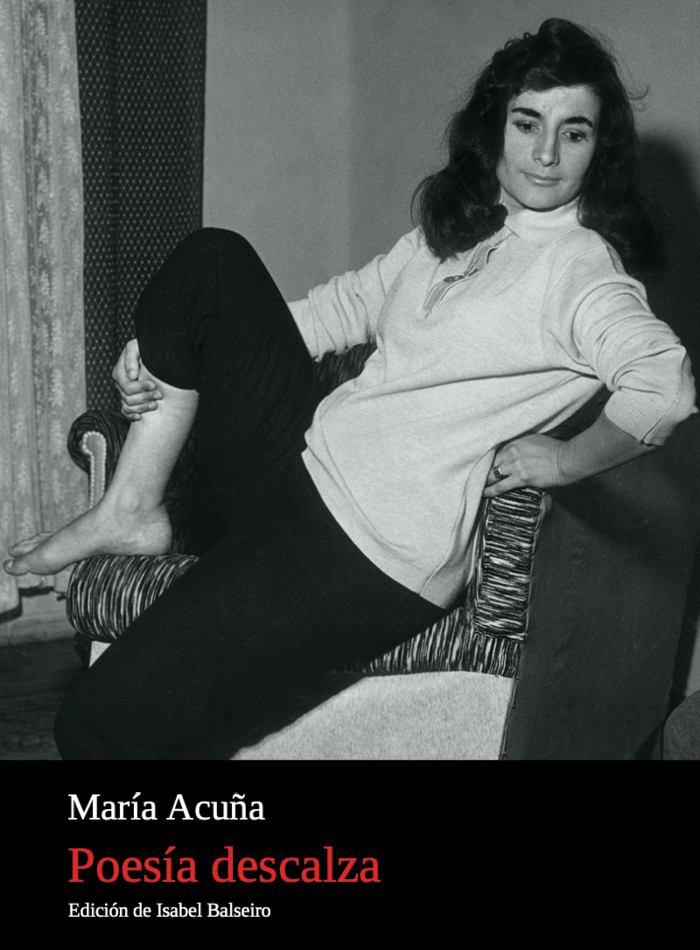 Spain’s 2007 Law of Historical Memory sought to redress wrongs experienced by victims on both sides of the Spanish Civil War (1936–1939) and condemned the Franco regime. Exhumation of the repressed past has witnessed a burgeoning among scholars like Balseiro, who studies the poetry of María Acuña (1928–1994), a survivor of the fratricidal war. Though she never completed elementary school, Acuña wrote a poetry of great precision, lucidity and a musical fluidity that merged Spanish and castúo (her regional dialect). Poesía descalza (Barefoot Poetry), Acuña’s first collection, was released in January, and this summer Balseiro began working on a second volume of her poetry. Lista Rosales aided this effort by transcribing unpublished manuscripts as well as a series of Acuña’s poetry recitals and interviews. 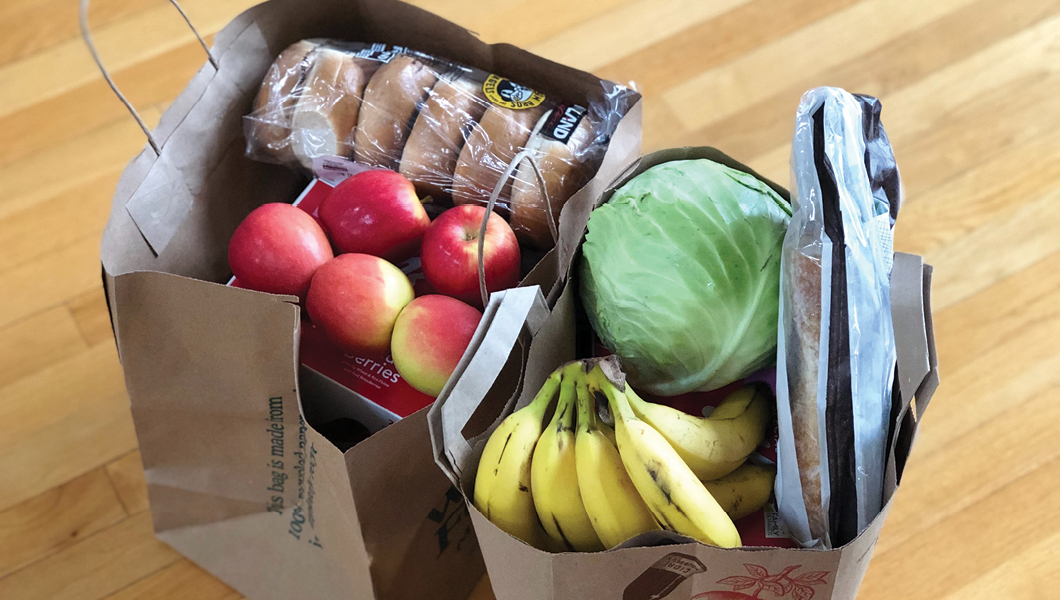 The goal of the project is to analyze news articles to determine how the coronavirus has affected food banks in the U.S. and around the world. To make sense of a very large number of news articles—far more than a single person could read—they used natural language processing techniques to analyze the data. Their goal is to identify specific topics (like closures, lack of funding, food shortage, volunteer safety and shortage of volunteers) within the news articles, and then track the prevalence of those topics over several months. 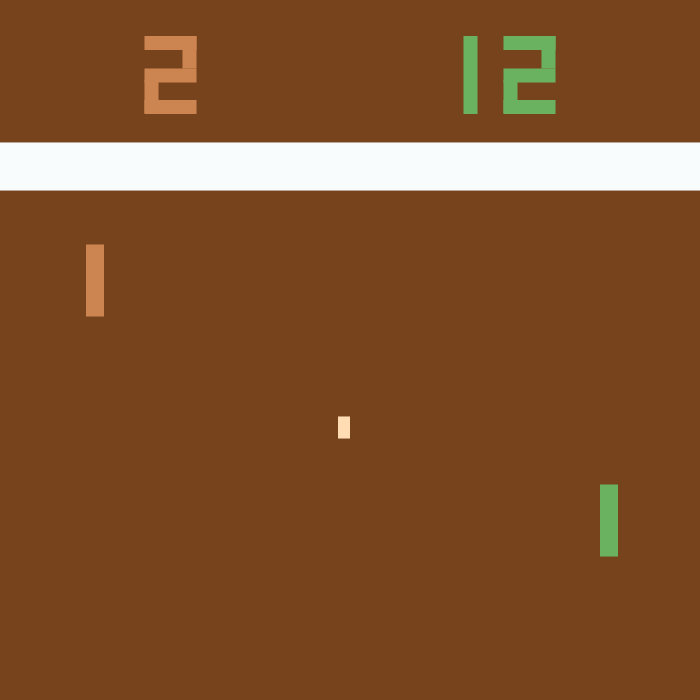 In the field of model-based reinforcement learning (MBRL), the goal is to create artificial agents that learn to make predictions about their environments and then use those predictions to make decisions. However, unlike humans and other animals, which can do this flexibly in a wide variety of complicated tasks and environments, artificial MBRL agents tend to be brittle and unscalable. Even minor flaws in a predictive model can cause catastrophic failure during planning. Using Atari 2600 games as a challenge problem, researchers are studying various approaches to measure and track uncertainty about the agent’s predictions so that the agent can use its model when it is most accurate and ignore it when it might be misleading. An agent that can successfully do this would be able to flexibly apply model-based learning in a broad class of problems, benefitting when it is possible to make reliable predictions while remaining robust to complex environments that are difficult to model. 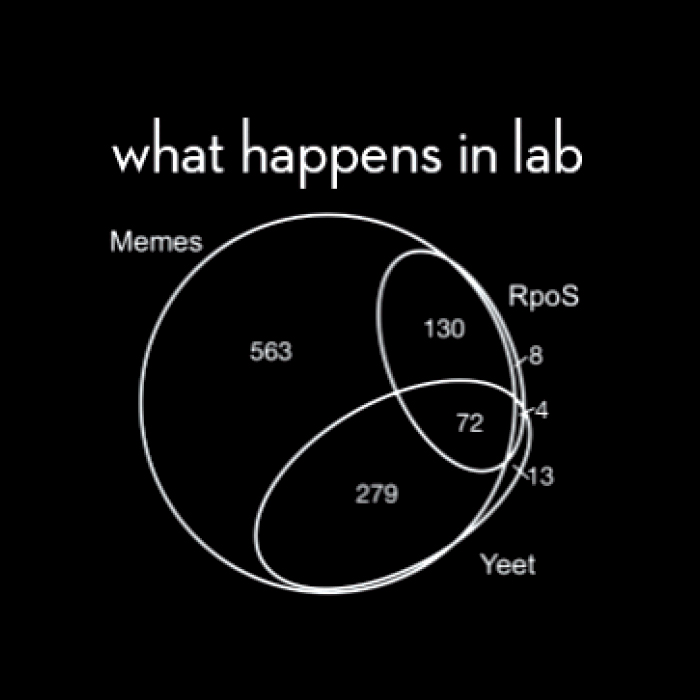 Bacteria have evolved many ways to survive environmental stressors, including by changing the transcription of their genes. RpoS is a protein that regulates this process. The amount of RpoS that a cell makes depends on the species and the type of stress it faces (such as osmotic shift or starvation). The Stoebel Lab studies the RpoS stress response, its regulon and downstream effects, how RpoS itself is regulated, and the variation of RpoS induction in different environmental contexts and bacterial strains. This year, researchers shifted to more analysis and consolidation of data with a computational and statistical focus. They analyzed existing gene expression data sets to compare the transcriptional response of a single strain of E. coli to different stresses and compiled several years’ worth of experimental work measuring RpoS expression in multiple species in response to different stresses. 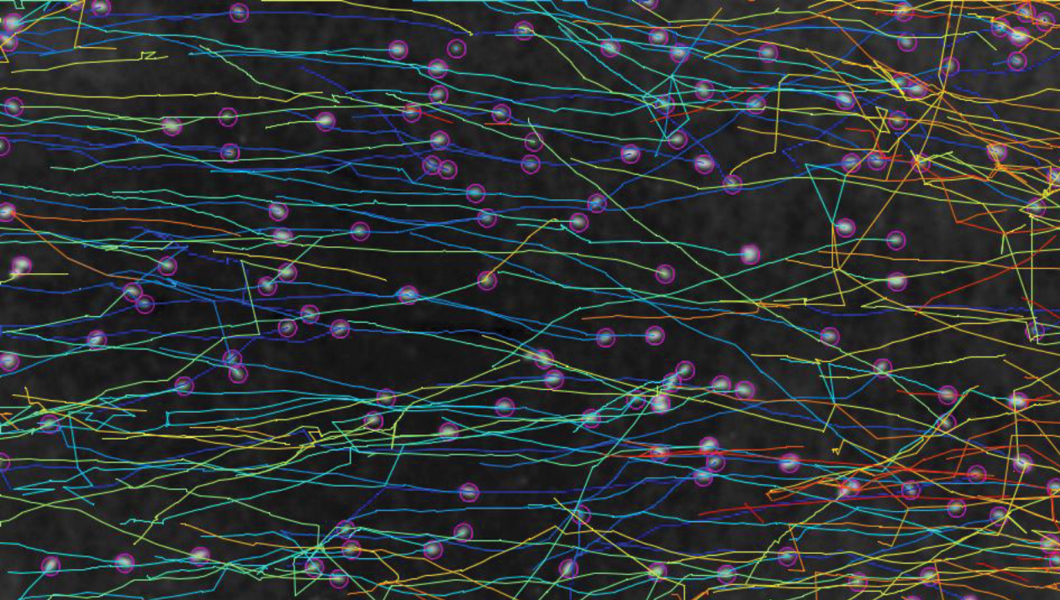 This summer, a devastating plague of locusts is ravaging the Horn of Africa and threatening food security in the region. Students supported by an NSF Data Science REU and HMC’s Summer Undergraduate Research Program analyzed the individual mechanisms that drive the formation of locust swarms. Working with video footage from collaborator Jerome Buhl (University of Adelaide), students used computer-vision software (Trackmate) to extract the position of each locust as trajectory data over time. Statistical analysis of this time-series data set reveals how locusts align their direction with neighbors, how they avoid collisions and how densely they pack together. Examining these mechanisms informs our understanding of the formation and persistence of swarms, supports agent-based modeling efforts and provides clues that may eventually lead to more effective methods for locust control. 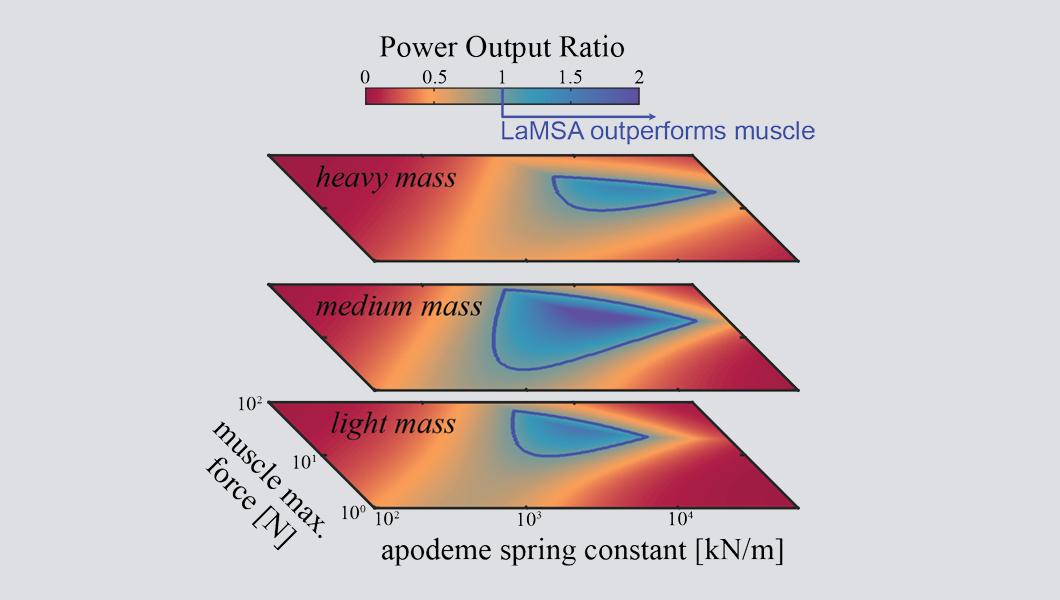 When faced with a predator, the trap-jaw ant escapes by snapping its jaws on the ground so fast that it launches itself into the air. They employ muscle, spring-like tissue (apodeme) and other structures to perform a latch-mediated, spring-actuated movement (LaMSA). The muscle loads energy into the apodeme, and a latch initially prevents movement, holding the energy in place. When the latch disengages, the stored energy is released in a fraction of a second, launching the ant into the air at a high velocity. The HMC Physics of Soft Matter Lab (posmlab.org) studied LaMSA systems, answering questions like: For what size scales and parameters are LaMSA systems more powerful than direct muscle-driven systems? How might LaMSA systems be used to inform the efficient design of microrobots? Student researchers developed an open-source computational model to describe the loading, unlatching and launching of LaMSA systems.