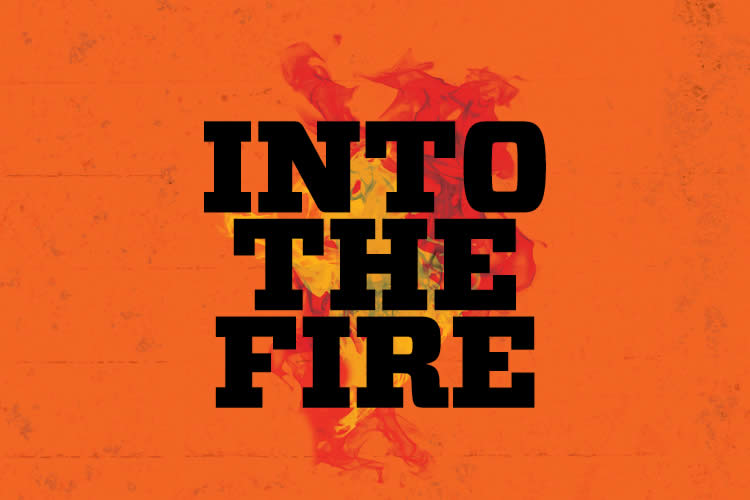 Through her award-winning research, Aurora Pribram-Jones ’09 has  discovered her passion. But, her truest self—that’s a bit more elusive. Her journey began as a teenager.

In the 1980s and early ’90s, she was transferred from her East Palo Alto, California, neighborhood to a high school in the affluent city of Palo Alto. Despite issues of crime and drugs in her home city, she says she felt most like herself there and struggled with the deep cultural and social divide she felt between the two worlds.

“If you’re a transfer student or a scholarship student, you often hear about how you’re different than ‘the rest of them,’ about how inspiring it is that you’ll be ‘more than where you came from,’ that sort of thing,” Pribram-Jones says. “Which is horribly cruel and dismissive of your identity, your home, your family, and all of those valuable pieces of self and community.”

At age 15, Pribram-Jones dropped out of school and moved to Southern California to reset her life. When she returned to East Palo Alto a year later, her search for self and where she belonged intensified.

She started at Foothill College, a two-year community college where she spent nearly a decade attending part time, dabbling in various fields of study—music, psychology, accounting, cultural anthropology and more— looking for one that fit. She also took a diverse assortment of jobs—at a bakery, a seminary, a preschool and elsewhere—to support herself. When she found herself working at an independent technical and general bookstore, things began to fall into place.

“There were lots of science books there, so I got to read in the stacks after hours,” Pribram-Jones says. “That was a really good time in my life, the excitement of having access to so much information. It’s like being in love for the first time or like being a drug addict.”

She had found her passion and decided to return to college full time. She had taught herself enough that she was able to test into Foothill’s science program, triple majoring in chemistry, biology and mathematics. After Pribram-Jones earned her associate’s degree, John Sawka ’72, one of her math professors, a mentor and a math alumnus, recommended her when she applied to Harvey Mudd.

To her surprise, she was admitted. But Pribram- Jones’s struggle with identity continued after she transferred in fall 2005. When she joined a band called Popebear, she found camaraderie and rapport.

“Singing for Popebear was probably the role I was most comfortable in at HMC and beyond,” she says. “It formed a solid identity for me, letting me gender-bend in lyrics and styles without being explicitly focused on that, instead being immersed in the music and performance. I also loved feeling so comfortable in a group that I often just didn’t give a damn about others’ expectations.”

However, family issues, her own mental health problems and persistent feelings of isolation overwhelmed her studies, and she fell behind. Despite extensions from professors and her best effort to keep up, she was asked to take a break from the college for all of 2007. But she returned in 2008 to finish her chemistry degree.

“In my research laboratory, she always undertook projects with enthusiasm, ingenuity and a positive attitude,” says Jerry Van Hecke ’61, Donald A. Strauss Professor of Chemistry. “She demonstrated through her own initiative and drive that a particular class of achiral liquid crystalline materials would spontaneously form a chiral liquid crystalline phase. This was exacting work and typical of her laboratory abilities.”

“Things are great now, but it was hard for me then,” Pribram-Jones says. “I’m not one of those students who just coasted through. I went from Dean’s List to ITR (ineligible to re-register) in record time. When I do mentoring with students, I talk about that a lot. You can survive even if you’ve had failure in your life.”

Her many strengths—including fortitude, a strong intellect, a sincere passion for her work and a genuine consideration for others—have enabled her to thrive.

Pribram-Jones has taken that message to many groups of students, including at her alma mater with Mudders Mentoring Mudders, with HMC’s Upward Bound program pairing up with low-income high school kids, or through the writing workshop she co-founded at the University of California, Irvine to help students successfully apply for national fellowships.

It was that leadership and outreach, in addition to her excellence in research, that contributed to her recognition as a Frederick A. Howes Scholar, an award presented annually through the Department of Energy Computational Science Graduate Fellowship Program. The award is one of many distinctions and fellowships she has earned during her undergraduate and graduate years.

“Her many strengths—including fortitude, a strong intellect, a sincere passion for her work and a genuine consideration for others—have enabled her to thrive,” says Kerry Karukstis, department chair and Ray and Mary Ingwersen Professor of Chemistry. “Her numerous professional honors reflect those same attributes— achievement and leadership in her field as well as service to others, particularly through mentoring.”

Among Pribram-Jones’s most prestigious honors are the University of California President’s Postdoctoral Fellowship at UC Berkeley and the Lawrence Fellowship at the Lawrence Livermore National Laboratory (LLNL), where she works as part of the Quantum Simulations Group and Design Physics Division. Her research has been published in the Physical Review, Journal of Chemical Physics and Annual Reviews of Physical Chemistry.

Pribram-Jones becomes giddy talking about her research, particularly her work with density functional theory. She and a colleague developed a method to cut the computational cost of calculations of electrons at high temperatures (finite-temperature potential functional theory), which is part of her postdoctoral work at Berkeley and Lawrence Livermore.

As substances get hotter, Pribram-Jones explains, calculations for density functional theory take longer. Depending on the temperature and the substance, sometimes calculations are prohibitively time consuming, even with large, powerful computers. Her finite-temperature potential functional theory method circumvents that problem for simulating warm dense matter. The result is a faster, and still accurate, calculation. Her theory isn’t completely implemented for real systems yet, so she’s not yet sure how much faster the calculations will be. For her postdoc, Pribram-Jones is applying the method to warm, dense matter. She’s excited to make such a potentially game-changing contribution to the scientific community.

Pribram-Jones is married to David Gross, who graduated from Harvey Mudd in 2008 with a mathematics degree, and the two have a toddler who keeps them busy. When she completes her fellowships, Pribram-Jones wants to find a position in academia.

“I really should be in the classroom,” she says. “I love my research, but I need the balance of both. I’m still searching for where I’ll feel at home in the world.”