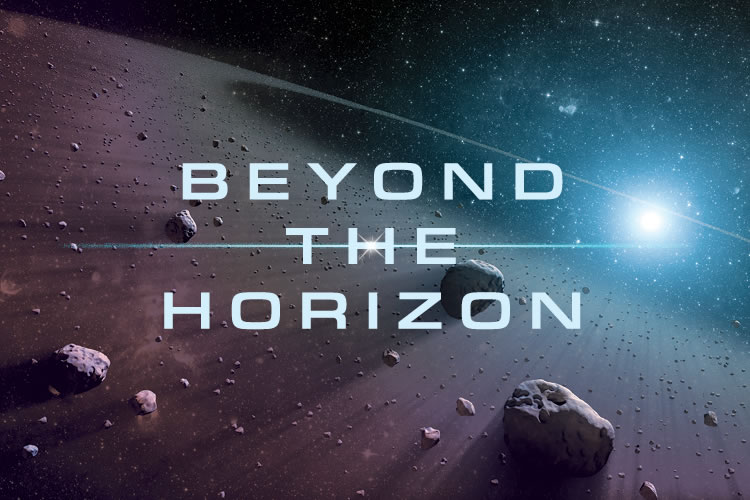 Four billon miles from earth, a massive region of planetesimal bodies called the Kuiper Belt circumscribes our solar system. Home to dwarf planets like Pluto, the belt also boasts thousands of small, planet-like objects which may date back to the beginnings of our own planetary system.

On Jan. 1, 2019, NASA’s New Horizons space probe completed a flyby of one of these objects— (486958) 2014 MU69, informally known as either MU69 or Ultima Thule. More than three years earlier, New Horizons had become the first spacecraft to investigate Pluto. Back home on Earth, six Harvey Mudd alumni who had made a small contribution to this historic moment in space exploration looked on.

In 2009, the students were charged by SwRI staff scientist and clinic liaison Marc Buie with improving an optimal image subtraction (OIS) algorithm. This algorithm would be used to detect and track Kuiper Belt objects, with the goal of selecting one for New Horizons to study in the future.

“Those folks—they were really, really clever, crafty students. They dug in and tackled the project and did everything that I asked them to do and more. It was fantastic,” says Buie, for whom space exploration has always been a calling.

“At an age when most kids would say they wanted to be a doctor or a fireman or something like that, I would actually say I want to be a nuclear physicist, not really knowing what that meant,” he recalls. “I got really turned on to the space program, watching the astronauts go to the moon, and that set me on a course for where I’ve ended up today.”

As for his planet of choice: “I distinctly remember Pluto picking me,” he adds.

In fall 1982, Buie was about to embark on his doctoral dissertation in planetary sciences at the University of Arizona. After reading a paper his adviser had written about methane on Pluto, he became hooked on all things Plutonian. Buie’s dissertation went on to prove that this methane was on the planet’s surface rather than in its atmosphere—a big change in how scientists viewed Pluto at the time.

Even then, a mission to the edge of the solar system beckoned.

“I remember thinking: We’ve not gone to Pluto with a spacecraft, but this is something that could happen in my lifetime, during my career, and I want to be a part of that,” Buie says.

From then on, he and other Pluto enthusiasts devoted their energies to lobbying for a funded mission. Finally, in 2006, New Horizons launched from Cape Canaveral. Its destination: Pluto and beyond.

Pluto looms large in Buie’s life. But for the six Mudders, it was new territory.

According to Lee, who has since gone on to work for Apple as a silicon engineer, “our biggest challenge at first was just getting up to speed; we had a lot to learn.”

After setting up the project, Buie travelled to campus to meet with Lee and his classmates.

“Marc was fantastic,” says McMahon, now CEO of Bay Area simulation infrastructure company Simr. “He brought a clear focus to the work he wanted out of us and demonstrated with his hustle and engagement what he expected of us on the project.”

His expectations were high: the group was asked to speed up the OIS algorithm by a factor of at least a thousand. Originally written in C, the algorithm had been converted to IDL (interactive data language, a programming language commonly used by planetary scientists) by someone who was not well-versed in IDL. As a result, it was glacially slow.

“While it worked, it took hours to do one image subtraction, and only on a small test image at that,” Buie remembers. “I knew that there was a useful tool here, but I needed help in just turning the crank and turning it into a tool that I could actually use.”

The New Horizons team planned to use OIS to search images from ground- and space-based telescopes for a Kuiper Belt object that would become the spacecraft’s post-Pluto target.

How? Imagine using a powerful telescope to take multiple images of the star-filled Milky Way. Using OIS, you can “overlay” those images on top of one another and “subtract” all the stationary objects. This is how you find “objects marching across the field. That’s how you discover planets. That’s how Pluto was discovered,” explains Buie.

After an in-person IDL bootcamp, Buie set the undergraduates to work. There was a lot of experimentation at first, according to Lee.

“I remember spending a few late nights immersed in low-level optimizations, either trying to wrap my head around how to rewrite nested loops in IDL’s paradigm, where array arithmetic is preferred, or porting the most critical routines to C.”

McMahon, who had already been doing research into image processing, found that “getting the pipeline of data processing moving was difficult. But it was really cool to see once it started.”

The team eventually got the OIS running like clockwork. Then, they set about creating a brand-new tool to solve another issue with telescopic imaging.

Just as a wide-angle camera lens can distort a photograph, “the same thing happens on a much smaller scale with a telescope,” Buie explains. “In order to line up the images and do optimal image subtraction, we needed a tool that allowed us to map and resample an image from one coordinate system to another.”

The resulting tool, christened Dewarp, was a resounding success.

“You could take some crazy distorted image, describe how it’s warped and then straighten it up and make a nice rectilinear version,” Buie says. “This was a tricky programming effort in and of itself— you actually had to know IDL really, really well for this to run fast and get the job done.”

It will take nearly two years for all the data from the Ultima Thule flyby to reach Earth. For the Pluto encounter, those data were home in 15 months. What are New Horizons’ most interesting discoveries so far?

Surprisingly, Pluto and its moon Charon have large, canyon-like features. These are most likely the result of subsurface oceans freezing and thawing, making the planet’s crust expand.

“None of us really expected to see that, because we expected [any oceans] to have frozen out a long time ago.”

Another finding that may rewrite the textbooks is what appears to be a volcano located on an ice-covered basin called Sputnik Planitia, a relatively young feature on Pluto’s surface.

“A volcano is not necessarily a crazy thing to think about being on a planetary body,” Buie explains. However, this one appears to be active, suggesting that “the heat and the energy that was captured at the time of [Pluto’s] formation took a lot longer to dissipate than we were originally expecting. It is mind-blowing that something that small and cold could still be active today.”

Almost 10 years after the clinic project, Buie still uses OIS and Dewarp almost every day. While the OIS application was part of the process of finding and selecting Ultima Thule, both were “central to the work that I did to help make the mission a success. Having these things in my toolkit just made it all possible.”

And what about the alumni?

“It gave me a lot of respect for the scale of the work that leads to modern discoveries,” says Lee, who has been eagerly watching the most recent updates on Ultima Thule.

“The follow-up data are astonishing,” he says. “If this is what we have to discover in what was previously a mere pixel on our best telescopes, what other surprises are out there?”

“I thought it was incredible that our work finally had an impact almost a decade later,” he says. “I’m extremely proud that we were able help, though the lion’s share definitely belongs to Marc.”

Buie, who himself worked in a research lab as an undergraduate, understands the significance of student involvement in new discoveries.

“I know just how valuable and how important it is to be involved with research and researchers and to get your hands dirty with this kind of stuff,” he says.

New Horizons has now left Ultima Thule to travel through the remainder of the Kuiper Belt and beyond, making it only the fifth space probe to leave our solar system. The plutonium running the craft should last at least another 20 years, allowing us a glimpse into the workings of interstellar space.

The Clinic group’s work has already proven invaluable to New Horizons’ exploration of the farthest reaches of our planetary system.

“What I see looking at these images is going to rewrite the book on our understanding of how the solar system was formed,” Buie says. “It’s that important. It’s that powerful. And it’s great that we got to involve this Clinic team from Harvey Mudd—it takes so many people to make these kinds of fundamental discoveries.”