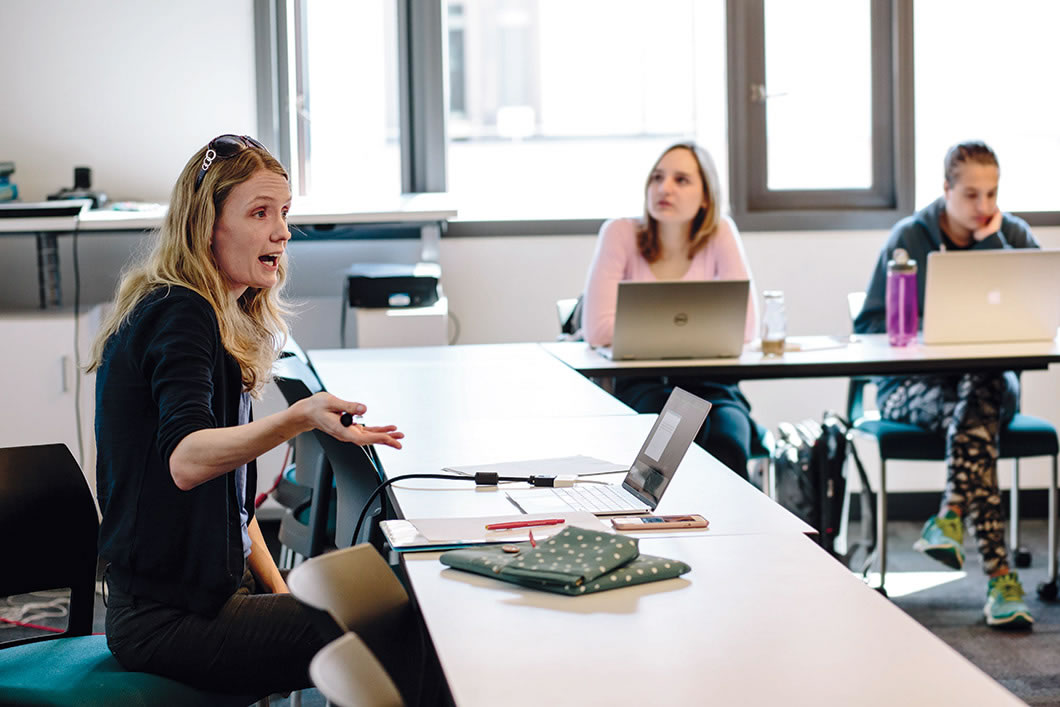 “We want to draw attention to the prevalence of these often dangerous spaces,” says Hamilton. “The toxics we consider in the book—radiation and chemical pollution in the air and water—are often invisible to us, and health effects can take years to develop. Our first goal is awareness.

“But the real power of historical work is not just to make us more aware of these spaces but also to see that their creation is not inevitable,” she continues. “When things feel inevitable, we feel powerless to change them. But historical investigations show us that these spaces have been created and often mismanaged because of a series of decisions and behaviors. Understanding those patterns can help us to imagine new ways of acting in the future.

“We need to envision potential risks and make clear plans to keep bodies and environments safe,” she says. “We need to start anticipating these problems rather than simply reacting.”

Working on the book has also changed how Hamilton sees her own position as a change agent in her field. “When I was trained in the history of science, we weren’t thinking about these issues of toxic environments, and yet so much of these stories are about the role of scientific experts. This experience has really expanded my sense of my field.”

Hamilton’s chapter in the book draws on her research on the early history of radiology and examines the first safety standards for hospital X-ray rooms in the early 20th century. “Thinking about X-ray rooms as toxic environments put me in conversation with environmental historians and geographers and helped me to consider these spaces in new ways,” she says. “I ask how safety standards were developed (i.e., how did early radiologists decide how much X-ray exposure was safe for patients and hospital workers?), who developed the standards (doctors? physicists?) and who was responsible for enforcing them? These first standards in the 1920s offered reassuring tables of numbers showing how thick lead aprons and lead shields needed to be to keep workers safe. The problem was that no one really knew what constituted a safe dose of X-rays. Doctors had made a best guess and then physicists built on that guess, doing research into the absorption and transmission of X-rays by different materials. The seemingly concrete tables of numbers were hiding deep uncertainties.” Hamilton is developing this research into a full-length book on the history of radiology.

Though Inevitably Toxic deals with technical scientific subjects, it was written specifically for a wide audience, addressing one of the main issues around social inaction on toxic landscapes. “The question of relationships between experts and citizens is at the heart of a number of stories in our book,” Hamilton says. “Often the people most impacted by toxicity are those with the least agency—in the United States, the impact of industrial pollution falls disproportionately on poorer communities of color, communities who have often been excluded from participating in science. Their lived experience is crucial to understanding the impact of toxicity. The challenge is not simply for scientific experts to find ways of explaining dangers and regulations to non-experts, but to find ways to develop partnerships so that scientists, engineers and citizens can collaborate to create solutions.”

At Harvey Mudd, effective science communication is a skill Hamilton seeks to impart to her students. “My course Communicating Science looks at examples of popular science in the 19th and 20th centuries—books, TV, museums, radio,” she says. “We think about the way science is presented in each case. Are audiences being invited to participate in the production of scientific knowledge? Or are they being told that they will never fully understand the complexities of scientific research? The students then work on a project to communicate a scientific concept or discovery of their choice. Many of them are really excited to share the research they are doing as part of their majors. I think it’s a great opportunity for our students to try communicating that work and to think about how they are creating a particular relationship with their audiences.”