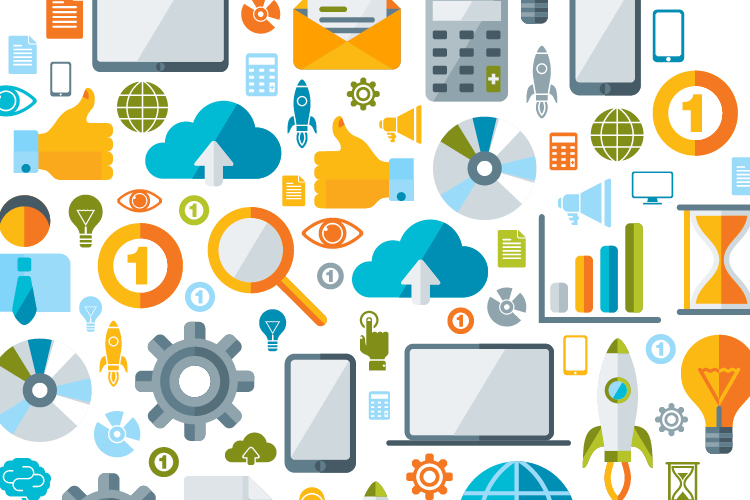 For innovation to succeed you have to get personal.

That’s the viewpoint of Gary Evans, longtime professor of entrepreneurship at Harvey Mudd College. It’s been his mission for over 30 years to get like-minded people in the same room to talk. Employing a variety of strategies, Evans strategically connects and inspires innovative students and alumni.

Connecting Via the Network

One of his longest-running tactics is the Entrepreneurial Network, begun in 2001 and supported by a loyal cadre of alumni and friends. Its first meetings were held in Berkeley, Santa Clara, La Jolla and San Francisco and included Joe Costello ’74, electronic design automation pioneer (his companies include think3 and Electronic Speech Systems) and Dan Meacham ’95, analog subsystem designer (founder of innoCOMM and Staccato Communications). In addition to social time and a meal, network meetings include presentations from those seeking startup advice. Since the introduction of these presentations within the last few years, attendance has increased. A recent Entrepreneurial Network meeting in Santa Monica—featuring venture fund investors, established alumni entrepreneurs (Xplicit Computing and Voodoo Manufacturing) and HMC students—was “the most successful meeting we’ve ever had,” says Evans, who holds the Ruth and Harvey Berry Professorship in Entrepreneurial Leadership.

These gatherings are important for Harvey Mudd, which does not have a massive alumni base like Harvard or USC, says Evans. The relationships that emerge from these meetings can provide encouragement, deliver a reality check and launch startups. “That’s the strength of the network,” he says.

Shortly after graduating from Harvey Mudd, Vanessa Ronan ’15 (computer science), creator of the app, Decorator, met her co-founder, Stephen Yu ’07, at a Menlo Park meeting. She describes her experiences with the Entrepreneurial Network as “incredibly helpful.”

“It was my first opportunity to pitch my idea and see how people responded to it,” Ronan says. “It made me put together a more comprehensive overview of the company and figure out how to actually articulate my vision for Decorator.”

Ronan’s app is crowdsourcing for interior design, “like The Sims for real-life homes.” Those needing decorating advice add a picture of their room, and others redesign the room by changing wall colors, adding furniture and more. The free app is proving popular: Ronan says their interior design-loving audience is growing, and more people are asking for and giving advice in the app due to improvements that she and her three colleagues are deploying.

Ronan credits Evans’ course, Enterprise and the Entrepreneur, with providing a foundation for understanding what it means to build a business, not just a product. “While the company does revolve around the product, just having the app itself isn’t enough,” she says. “There are so many other things that have to be taken into consideration. Professor Evans taught me about all the other things that I have to be aware of. The class also gave me some practice pitching, coming up with a business plan and doing non-tech-related business activities.”

Evans encourages all entrepreneurial-minded students—including those who aren’t able to get a spot in his oft over-subscribed class—to attend Entrepreneurial Network meetings, held four to five times a year throughout California, in Seattle and in Portland. “It opens their eyes. They see who is pitching, and they realize this isn’t quite as scary as they thought. A student can completely change their perspective on entrepreneurism in one hour if they attend a networking meeting. The meetings are just crazy buzzing with energy.”

But Evans doesn’t want that buzz to go their heads.

“Everyone wants to be an entrepreneur now it seems. A much higher percentage of the student body is earnestly thinking about this. They see it as exciting and fun. But my role is to dissuade that,” says Evans. “Most people are not suitable to be entrepreneurs. They do not understand the high level of commitment and the depth of responsibility. They are suitable to be employees in entrepreneurial firms, but there is a big gap between that and what it takes to run a company.”

One of the handouts in Evans’ class, “Should you be an entrepreneur? Do you have what it takes?”,  doesn’t mince words. In addition to outlining important personal attributes, the handout also presents issues that affect startup enterprises. Addressing the realities, Evans points out, can improve an entrepreneur’s success. The failure rate for startups is as high as 70 to 80 percent.

“It’s not a bullshit checklist,” Evans says. “I am serious about this. Entrepreneurship is about character and almost nothing else. Venture capitalists are looking at the person, always. They notice: Are you mature, a team player, committed? Do you get how hard it’s going to be?”

Potential Mudd entrepreneurs will soon face scrutiny from a special group of venture capitalists, who will direct, filter and fund new ideas. They are part of a new incubator, HMC INQ, run by serial entrepreneur Josh Jones ’98. In 1997 while still undergrads, he and classmates Sage Weil ’00, Dallas Bethune Kashuba ’97 and Michael Rodriquez ’98 started DreamHost.com, a low-cost web-hosting provider.

Jones says, “We probably could have done 100 times better if there had been an incubator environment. We could have learned about business and what you do, made contacts. We were four CS majors—none of us had any diversity of experience. None of us had had jobs or had done anything in the real world. I think it was just the luck of the internet.”

Modeled after the successful and popular incubator Y Combinator, HMC INQ is open to anyone related to the College. “There is no limit on what your idea is, how far along your idea is or what year you graduated. After May 29, we’ll review proposals, meet with people, interview, make selections and fund projects.”

The program starts Aug. 28 and runs through Nov. 6, when there will be a Demo Day. Admitted startups receive $120,000, guidance from partners (all successful entrepreneurs) and legal advice. Plus, entrepreneurs have the option of using their own office or one at HMC INQ’s trendy Santa Monica location. Each week, startup teams will meet, get feedback and hear entrepreneurial speakers.

Jones believes HMC INQ addresses an important issue that relates to his personal story. “For Mudders, there’s a mystery about starting your own business from scratch. Understanding market fit, what people will pay for and how you get a product to them over and over—that’s not taught too much. It’s just the school of hard knocks. The experience of actually doing it.”

Ronan is also happy to see Harvey Mudd doing more to support entrepreneurs. “HMC INQ will encourage students to start companies,” she says. “I was fortunate to have funding from my parents to get my business off the ground, but others may not have that. This will be an opportunity for them to feel like they can take this risk and graduate and start a company right away. It’s really hard to do. You may be giving up a huge salary, but acceptance into HMC INQ would make it easier. You’d know that you could support yourself for at least six months while you’re building the company.”

Begun last summer at HMC, the research project has funded two teams (seven students) who were challenged to launch a startup in 10 weeks, during which time they developed a business idea, startup pitch and working prototype. One of the projects, Bazaar, an app that facilitates college commerce, earned first place at a fast pitch event held by TechSparks, a Pasadena network of entrepreneurs. (Ronan received top honors for Decorator at the same event.)

The Bazaar team, mentored by computer science professors Zach Dodds and Colleen Lewis, was inspired by the amount of buying and selling of goods and services that occurs via Facebook at the 5-Cs and other college campuses. Like Ronan, the Bazaar team also pitched its idea at an Entrepreneurial Network meeting. A prototype for Bazaar is underway, and team members will refine the software during the 2017 summer session of the Entrepreneurship Research Project. They’ll be joined by two more teams devising innovative projects of their own.

Through the Summer Entrepreneurship Research Project, HMC INQ and the Entrepreneurial Network, Evans seeks to involve every academic department in his quest to identify innovative Mudders.

“These things will help,” Jones says. “It’s hard to learn from a book. You’ve got to go through it.”

What it seems to take to be an entrepreneur

Excerpted from handout for the course Enterprise and the Entrepreneur by Professor Gary Evans.