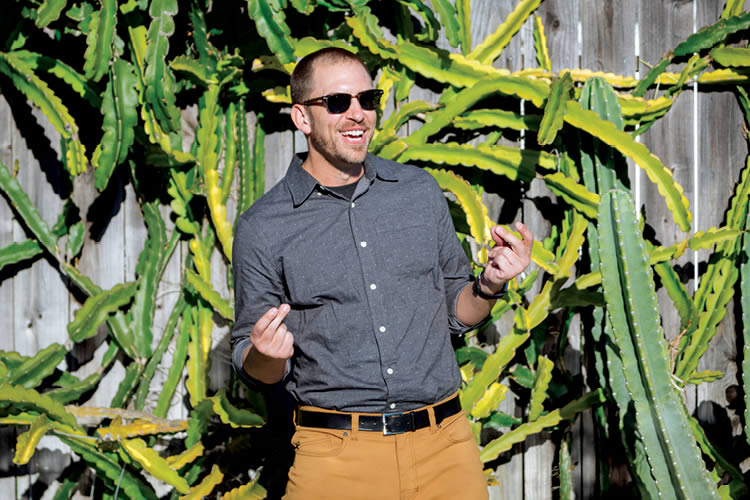 A symphony may not come to mind when you think of Santa Barbara County fire officials performing safety inspections, but that’s the way Antonio Medrano ’02 sees it. Drawing on his dual passions for music and science, the startup he cofounded, Arogi, solves location, routing and scheduling problems with AI-based path optimization algorithms that “conduct” many elements in “concert”—in this case, which inspections to allocate to which inspectors, and what routes they should take, to maximize the number of inspections they can complete in a day.

Medrano got started on this path as a teenager, spending hours at the kitchen table analyzing paper maps to figure out the best bike routes in Davis, California. He got started in music even earlier, at age 4 in his native Guatemala, when his grandparents bought him a Fisher-Price Care Bears tape recorder, and he began recording himself singing. The paper maps led to a PhD in computational geography at the University of California Santa Barbara and to Arogi, which received “angel” funding from a National Science Foundation Small Business Innovation Research grant. The Care Bears recorder led to a lifetime of a cappella singing, most notably in his current group Airplay.

Studies show a correlation between musical and mathematical ability, and the two disciplines share qualities like abstraction, rules, patterns and a capacity for experimentation and creativity. “The biggest lesson I have learned from music that extends to science is the concept of ‘active listening,’ which you learn in music class,” Medrano says. “Everything you do is in the context of other people—if you hit the right note but at the wrong time, you’re wrong. You have to focus on those around you, and coordinate what you do with others, to create the greater whole.” 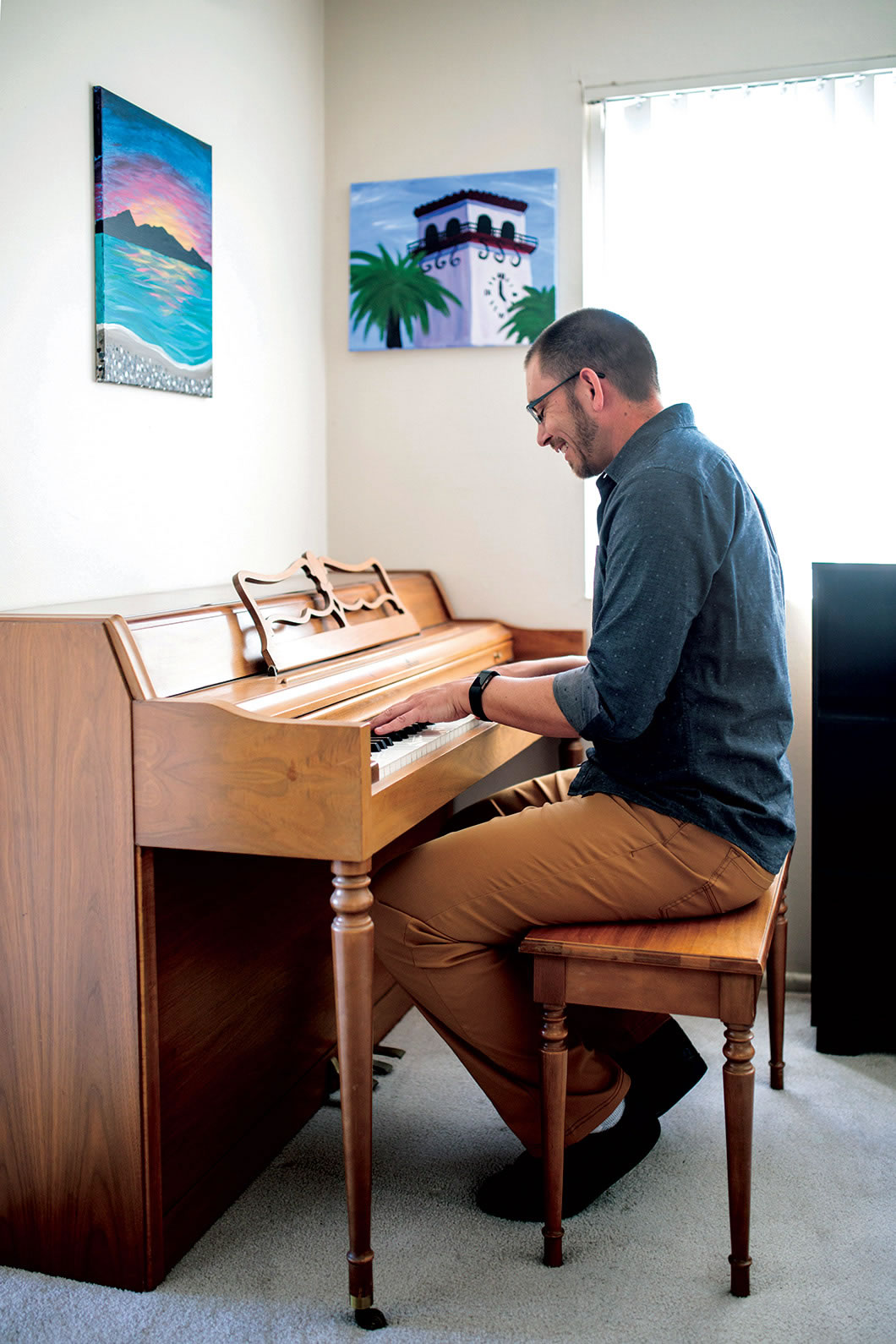 Active listening is the disciplined underpinning of collaboration, “and science, like everything, revolves around collaboration,” Medrano says. “Newton said, ‘If I have seen further, it is by standing on the shoulders of giants.’ It’s much more than one individual working in a lab alone.”

Collaboration is essential to a cappella, with its precision interplay between individual singers to create the unaccompanied harmony. Medrano formed Airplay with five of his favorite singers from groups he performed with at different times in his life. They perform throughout Southern California, have numerous videos on YouTube and sang with Medrano when he gave his TEDx SantaBarbara talk in 2016. Prior to Airplay, Medrano was a member of The House Jacks, a professional “rock band without instruments,” with which he performed all over the United States, Europe and Japan. Medrano’s voice is also featured on three Claremont Shades albums, created while attending Harvey Mudd.

Along with collaboration, Medrano emphasizes its close cousin, diversity. “I think innovation comes from being surrounded by diverse experiences and stimuli. In music, the more diverse your group, the better music you can make. Your ability to create a palette of sounds and colors in music is based upon how varied your group is. This helps you stretch your boundaries.” 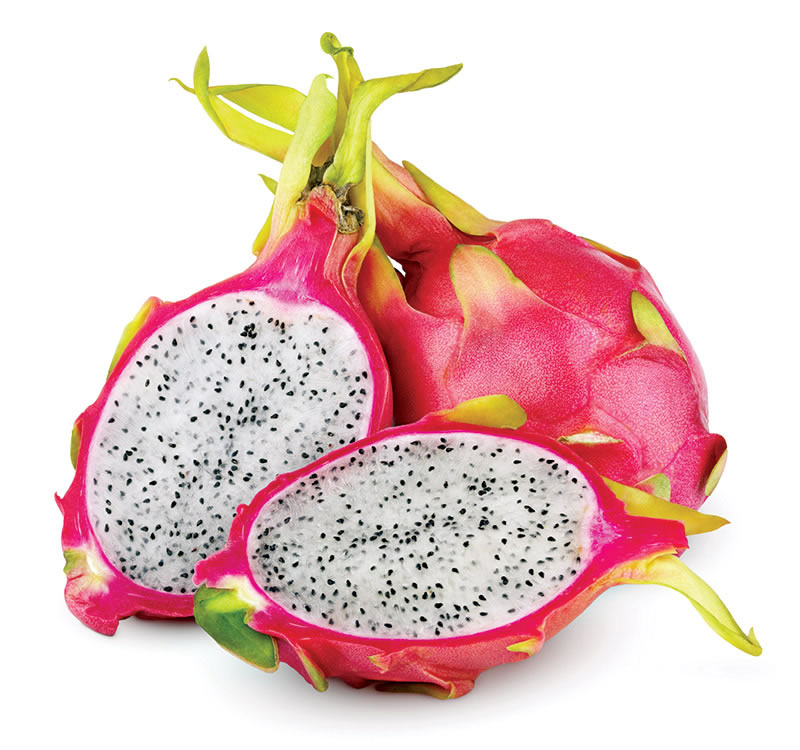 Medrano loves to garden, especially cultivating the dragon fruit, or pitahaya, from his native Guatemala. The fruit’s large, white, fragrant flower blooms in the evening, but by morning it wilts and can’t be pollinated. Lacking natural pollinators in Santa Barbara, Medrano goes into his backyard garden at night wearing a headset flashlight and carrying a paintbrush and Tupperware container. He brushes the pollen into the container; then dips the brush in the container and hand-pollinates the flowers to get them to go to fruit.

He’s not unlike the dragon fruit, coming from Guatemala and flourishing here.

“Guatemala is a developing country; it’s not the safest place in the world, and you live your life behind walls for security,” he says. “My family moved to Davis [California] when I was five, and I joined Boy Scouts, sang in a choir and sang in a cappella groups in junior high and high school. I’m very appreciative for these opportunities.”

He’s benefitted greatly from multicultural exposure. In addition to moving to a new country, he lived in France and Spain for a year when his father, a UC Davis professor, was on sabbatical. He has traveled around the world with singing groups or to speak at conferences and has been a visiting professor at the Universitat Jaume 1 in Castellón, Spain. “These experiences have given me an appreciation of the diversity of humanity and culture,” he says. “Many places do things differently, and that’s okay. There’s more than one way to operate a society, and it works.”

Uprooting is a recurring refrain in his life—both opportunities taken, as well as lost. In his TED talk, “The Clarity of Disruption,” he spoke about how he was offered a spot on the a cappella TV show The Sing-Off. It required moving to L.A. for rehearsals and filming. “Two months of devotion to music: to live, eat and breathe a cappella for one entire summer,” he says. “I was working on a PhD, and discussed it with my professor. He agreed we could make it work; I think he liked the idea of seeing one of his nerdy graduate students on national TV. I accepted the offer, and was thrilled to be joining the show.”

I’ve learned to embrace opportunity so I can control my fate and balance my science with musical expression. ”

But soon after making the decision he had doubts and backed out. He watched the show when it aired. “I felt a deep sadness,” he says. “I could see how much work the performers had put into making the show, crafting every note, every dance step. I knew some of the singers, and it was clear that devoting themselves had elevated their music to a whole other level. And I had not.”

He says it made him realize that in life, you regret the things you didn’t do more than those you did, and if you take risks, you have more control over the path you take.

“When you accept the status quo you remain stationary, while the world continues to progress around you,” he says. “I’ve learned to embrace opportunity so I can control my fate and balance my science with musical expression. To take chances and strive for a life well-lived.”