SEPTEMBER 21, 2017, WAS A CHALLENGING DAY for senior Viviana Bermúdez. Hurricane Maria, a dangerous Category 4 storm, had slammed into Puerto Rico the day before with 145-mph winds, and she was sitting in her dorm room worrying, not knowing how her family—grandparents, cousins and aunts—had fared. Her father’s family is from the small island of Vieques, which is located off the eastern coast of Puerto Rico, the side of the island that got hit first. “It’s significantly less developed technologically,” Bermúdez says, “and is the sort of place nobody thinks about because nobody knows about it. My heart has always been there.” 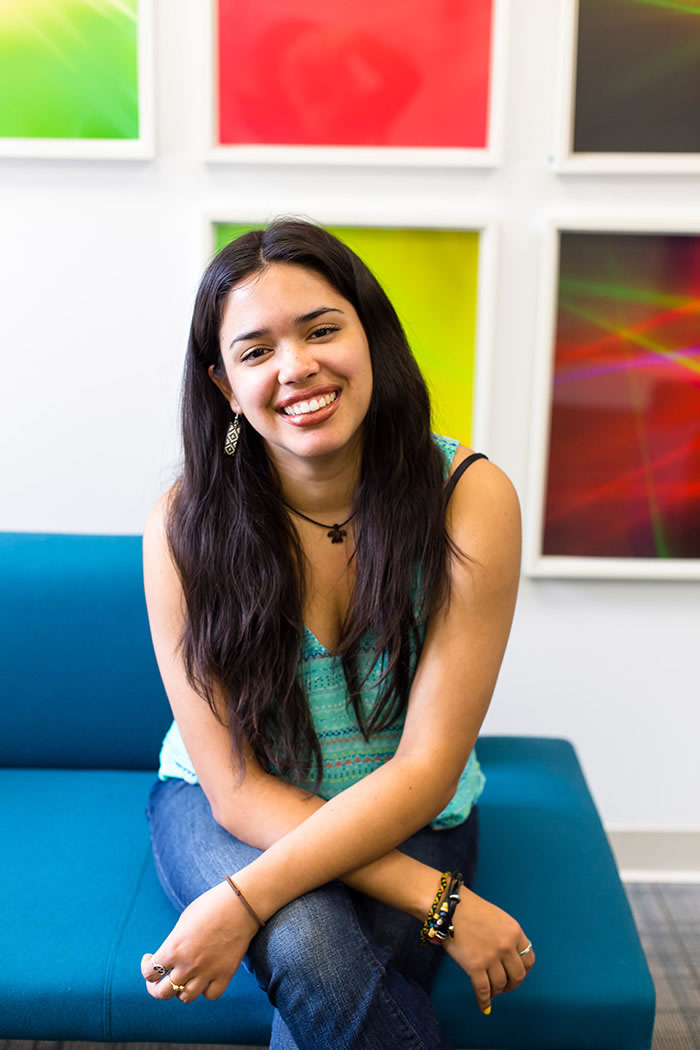 Bermúdez, an engineering major with a concentration in Latin American studies, was born in Puerto Rico and lived there until she was 4, when she moved with her parents to California. She was raised with a strong connection to the culture of Puerto Rico, whose salient quality she describes as an indefatigably positive attitude, even in hardship. “No matter how much adversity you experience, you’re still optimistic,” she says. “Even after the hurricane, people still managed to hang out and be in community and lift each other up—that’s very Puerto Rican.”

As Bermúdez sat in her room, wanting to do something, she scrolled through several hurricane relief websites before she landed on a Puerto Rican nonprofit, ConPRmetidos, which has a proven record of providing aid on the ground. In partnership with graduate intern Luis Jacobo in the HMC Office of Institutional Diversity, Bermúdez set up a website to track the Mudd community’s donations to the group. She and other students got the word out concerning monetary donations and distributed boxes from the mailroom around campus for students, faculty and staff who wanted to donate goods, including nonperishable food, baby items, clothing and hygiene supplies. “Anything helped,” she says. Finally, after four excruciating days, she received a call from a friend using a military phone, the first she’d heard from anyone in Puerto Rico. It took five months for her grandmother’s landline on the main island to be reconnected.

Bermúdez and other Mudders have so far raised $450 and shipped 10 boxes of supplies, some to the main island and some to Vieques. The fundraising is ongoing. Two of the most pressing issues Puerto Rico faces are problems with the power grid and water supply, and Bermúdez notes that engineering professor Patrick Little has offered to help design a Clinic project in Puerto Rico, provided there is interest from the University of Puerto Rico. Bermúdez says one of her goals in fundraising was to help offset the Federal Emergency Management Agency’s weak response. “Puerto Ricans both on the island and in the diaspora are not lazy like President Trump said,” she says. “We take care of our own. This issue doesn’t just touch Puerto Ricans. People who aren’t Puerto Rican also care.”