ROOM DRAW, HARVEY MUDD’S FAMOUSLY NAIL-biting and multi-pronged process for requesting and receiving dorm room assignments for the next academic year, is getting streamlined, thanks to members of the Associated Students of Harvey Mudd College (ASHMC). The changes, led and coordinated by ASHMC residential affairs liaisons Andrew Bishop ’18 and Renata Paramastri ’18, aim to make the process much more transparent. Working in conjunction with computer science students, they’ve developed a website to run a mock draw allowing students to put their names on online floor plans of each dorm. The idea is to make room preferences accessible to and adjustable by everyone via an online map that’s constantly updated over the course of six days in March when students make their choices and then see what their chances of scoring those rooms are.

According to Bishop, the website takes the visuals traditionally used during mock draw— whiteboards set up in Hoch-Shanahan Dining Commons where students wrote in their names, priority numbers and room choices on dorm diagrams—and moves the process online so that students can better predict the outcome.

“We ran mock draw last year in a Google spreadsheet,” he says. “It was 75 percent accurate. The website should provide more information to people. Renata and I have been working with a CS121 class to automate more parts of the system. We’re trying to make sure the user experience is easy enough that we’ll get more people engaged and participating, voluntarily updating the system when their plans change. That way, the predictions will be more accurate.”

Bishop notes that the CS121 students built the database and user interface for the website, and some of those students continue to work on the project in a programming practicum, improving the user interface and fixing bugs.

“The website has the potential to remove a lot of administrative overhead; for example, checking if someone has written their name twice,” Paramastri says.

Bishop and Paramastri were concerned about whether the website would be able to support all the traffic on the first day of mock draw. It started out a little rocky, but Bishop says that bugs were soon resolved. The site stayed active just shy of a week, and then real draw began with rising seniors.

“Each dorm has a unique identity that informs the kind of people who want to live there,” Bishop says. “Some are louder, some quieter. We all work hard. The difference is what we do in our free time.” 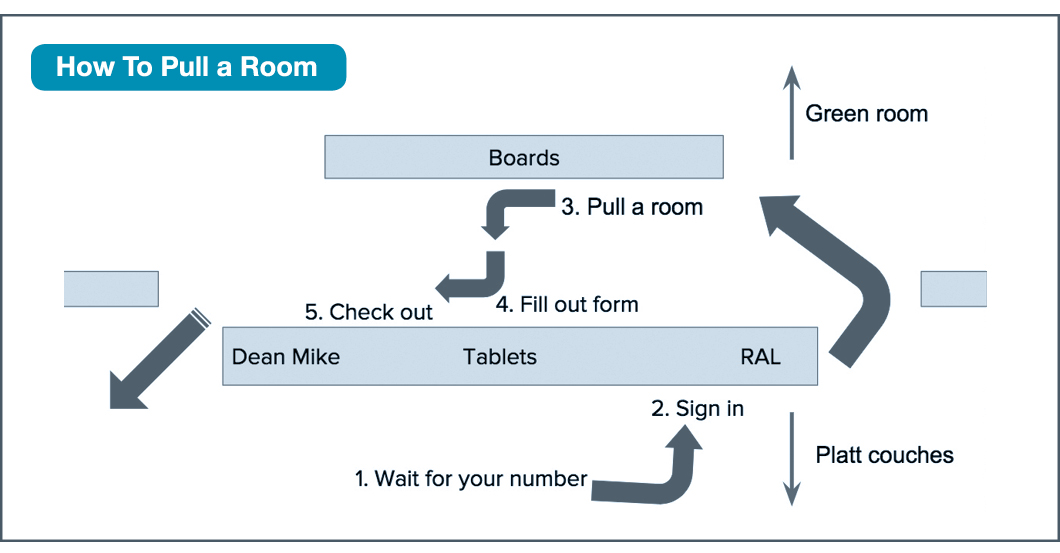 Bishop hopes that the CS121 students working on the website will document the code used to write it, so that future classes will be able to keep it up and running. “That’s probably a higher priority than fixing every little bug, I’d say, but I don’t think we’ll go back to the spreadsheet.” His goal is that room draw get simpler and easier to use.

“Room draw’s always been fine for me, but I’ve seen some friends unpleasantly surprised by plans changing at the last minute,” he says. “We hope to minimize that.”

Any unpleasantness, he adds, should be softened this year by DSA Muchachos serving ice cream from the ice cream bike on the final day of room draw.