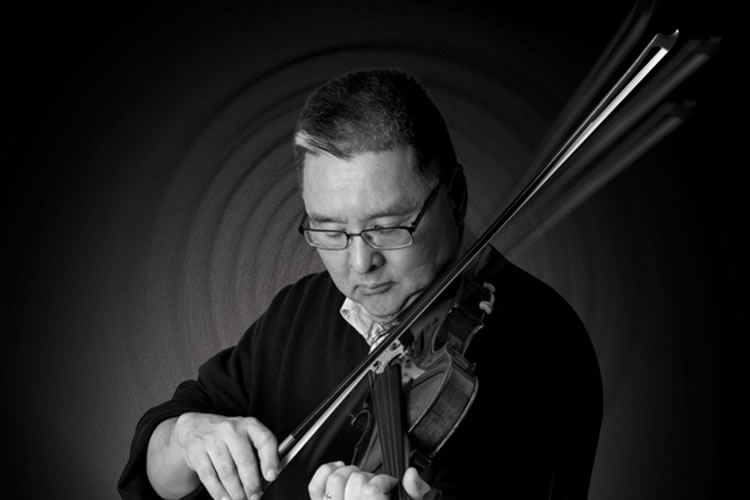 David Abe played Irish fiddle twice at the Clinton White House. The 1981 Harvey Mudd graduate quips, “The gigs paid nothing, but the food was great.”

He loves Irish traditional dance music and has played a lot of it, yet, like all Mudders, he’s also of a fiercely technical turn of mind. He proves that daily as an engineer and now manager of 47 employees in the Naval Research Laboratory (NRL), a premier government research-and-development lab in Washington, D.C. There, his widely recognized technical skills recently earned him the title of Fellow of the Institute of Electrical and Electronics Engineers.

I like the challenge of delving into problems to understand the physics and the actual engineering, and then of taking it beyond where other people have gone.

Of his day job, he says, “I love engineering. I like to see a result. I’m not a science-for-science’s-sake kind of person. I like the challenge of delving into problems to understand the physics and the actual engineering, and then of taking it beyond where other people have gone.” In his 19-year career at the NRL and (with a few stops in between) six earlier years at the Lawrence Livermore National Laboratory (LLNL), a Department of Energy lab in Northern California, “I’m never bored at work. I love learning new things every day.”

But the fiddle has always played a kind of private tune in his life, influencing his vacation time, his choice of friends and even his eventual life location and job. He never thought he had the talent or inner drive to make it a career, but “it was always more than just a hobby.” When he brought his childhood interest in the instrument to Harvey Mudd, he found that his college participated in the Thomas J. Watson Fellowship program. This program funds graduating seniors to spend a year abroad studying their passion, even if it’s not their intended career. Abe won a year “to study regional styles of traditional Irish fiddle music.”

Abe, who is ethnically Japanese, read his formal acceptance note slightly more buoyantly as, “Let’s send the Asian kid to Ireland and see what happens.”

But the Watson Fellowship was, Abe says, “life changing.”

“I wanted my music to sound authentically Irish,” he says. “Though I knew the tunes, I didn’t think I had the right feel.” In Ireland, he fell in with a talented group of musicians who befriended and mentored him. Over the years, his playing “has opened an incredible number of doors” and was part of the reason he and his wife, Mary Carpenter Abe (another 1981 Harvey Mudd graduate, “I am very lucky to have met her”), and two children, Lynn and Tom, stayed east after Abe received his engineering doctorate from the University of Maryland. “In the Washington, D.C., area,” he says, “in addition to the changing seasons—which my Midwestern-born wife loved, and I, growing up in L.A., had never experienced—there is a vibrant Irish music community I could participate in. And, compared with California, it’s a lot closer to Ireland.” Every few years, he visits friends in Ireland, gaining “an intimate perspective” on music and culture in that country. “I would like to think that my experiences derived from my Watson year have helped make me a more effective manager by enabling me to understand and appreciate the viewpoints of others,” he says.

But that was later. Initially, the Watson fellowship only delayed the beginning of his first full-time job as an engineer at LLNL, when the lab agreed to defer Abe’s promising engineering career to accommodate his year abroad. By this time, Abe had already proven himself as a summer intern and as a member of an LLNL-sponsored Engineering Clinic team.

At LLNL, Abe began the research that, in a variety of forms, would occupy his professional career. The subject was a challenging niche field that most consumers considered passé: vacuum tubes.

That term usually brings to mind the glass-envelope devices used in early digital computers and mid-20th century radios and televisions. These devices have largely been replaced in consumer electronics by smaller and cheaper solid-state transistors. However, for applications that require high frequency and power in a compact package, a tube can be the best technology for the job.

A beam of electrons generated and propagated in a vacuum forms the basis of the field called vacuum electronics. By manipulating the electromagnetic fields near the electrons, the beam can be switched on and off at very high power and frequency. Also, through interaction with a circuit, electrons can be used to generate or amplify radio waves. 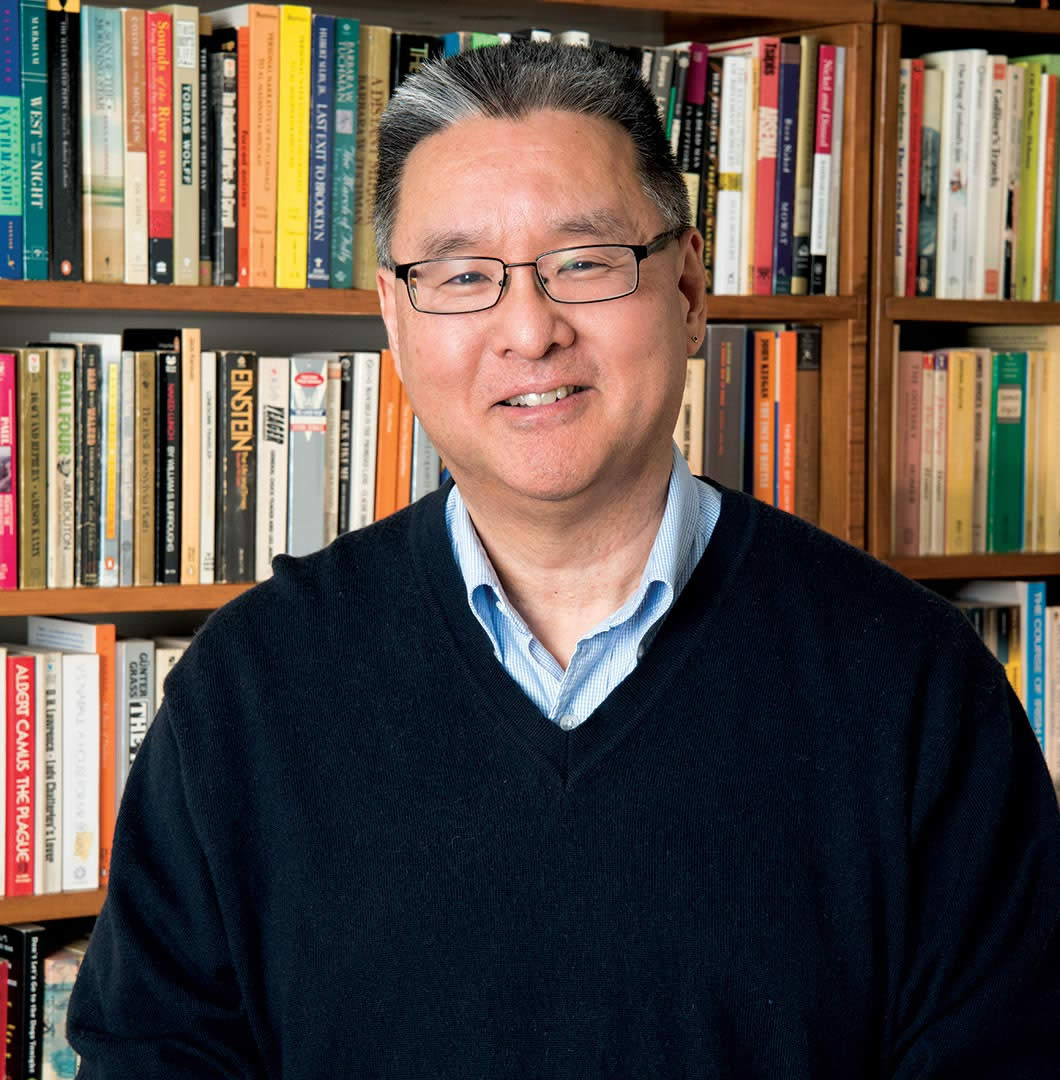 Abe playing on The Pigeon on the Gate – Ríl gan ainm

Modern tubes are used for applications like heating plasmas of atomic particles for the huge machines attempting to create controlled nuclear fusion; in telecommunications satellites and transmitters for boosting the interplanetary communications that brought us the recent images from Pluto; and in high-power radars. These are the types of devices that Abe has spent most of his career developing.

At NRL, the push has been to develop radio wave amplifiers that operate at increasingly higher frequencies. For radar, that means increased resolution of smaller objects; for telecommunications, more bandwidth and increased data rates. Higher frequency also offers alternatives to widely used transmission bands oversaturated with information from cell phones and TV signals.

But higher-frequency operation requires more power to overcome atmospheric resistance to wave propagation. More power translates to higher voltages and currents that could overwhelm a transistor, or even a group of them. Among other problems, high-power transistors generate heat. Here is where vacuum electronics technology can shine: “A vacuum tube is the ultimate in keeping heat generation low: There are no collisions as the electrons propagate in literally nothing,” says Abe.

Abe is leading efforts to build devices that can access the very top of the radio-frequency spectrum, approximately 100 gigahertz to one terahertz (roughly 100 to 1,000 times the frequency of your cell phone). His group has recently produced record power and bandwidths at frequencies just south of a terahertz.

That’s not so easy to do, because these high-frequency devices require a lot of power to be packed into a very small volume. “You need to build things insanely small and accurately to work at those frequencies,” Abe says. “The tunnel through which to thread an electron beam in some tube applications is less than the width of a human hair.”

This wide range of multidisciplinary work, Abe says, is what he enjoys most. He praises the virtues of his broad-based engineering training at Harvey Mudd, where his general engineering degree provided a useful background in chemistry, materials science, electrical and mechanical engineering and manufacturing technologies.

There are no textbooks incorporating the advances Abe produces in his niche field. His technical papers—he has published nearly 200 and is cited over 1,000 times in the papers of others— will be the material for the textbooks of the future.

And just as he has taught classes explaining vacuum electronics to upcoming engineers, he also now teaches fiddle when he visits Ireland, the country to which he first went to improve his musical art. The standing invitation, from an annual summer school for fiddlers in Donegal, “is one of the nicest affirmations of how far I’ve come in developing an authentic Northern sound to my playing.”

So, from Abe, this seasoned advice: There isn’t necessarily a “best” path through life. “I could have started at Intel or HP and my life would have been very different—not better, not worse, just different.” But, he adds, “Hopefully, you can find something you love doing. Then go with that.”