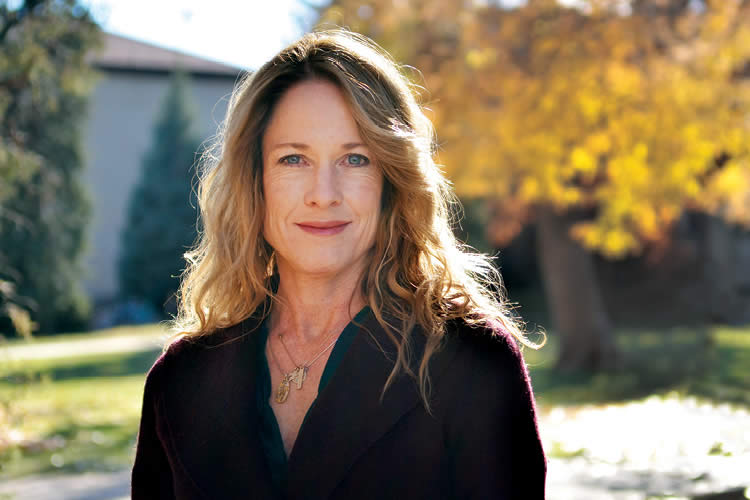 In the thickly polluted Southern California of Miller’s youth, “high-ozone days” were frequent, and schools often dismissed prematurely, limiting sports and other outdoor activities. The San Gabriel Mountains that on a clear day tower above the valley could be nearly imperceptible behind the dull, smoggy haze.

It made an impression.

“I grew up in air quality that was terrible,” says Miller. “The fact that we struggled so much with it made me want to figure out: why?”

She’s been good to her word. Now a professor of mechanical engineering at University of Colorado Boulder (CU) and an affiliate of the CU-Denver School of Public Health, Miller is researching the sources and health effects of urban air pollution. She also studies how to control it. Her most recent project focuses on understanding climate change’s effects on indoor air quality (IAQ). She’s the principal investigator on a three-year, $1 million Environmental Protection Agency (EPA) project examining how residential weatherization— structural modification that helps optimize energy consumption and efficiency—impacts air quality in low-income Denver residences.

Miller is examining the connection between IAQ and the respiratory health of families living in roughly 250 area homes. The broad goal of the project is to provide guidance on energy retrofits that promote healthy indoor environments and, in the process, raise IAQ awareness in urban housing construction.

“We try to understand the conditions and the indoor air quality in the home, because it can really influence health,” says Miller. “If we can educate residents about how to live in a healthy home, then they will be healthier as well.” 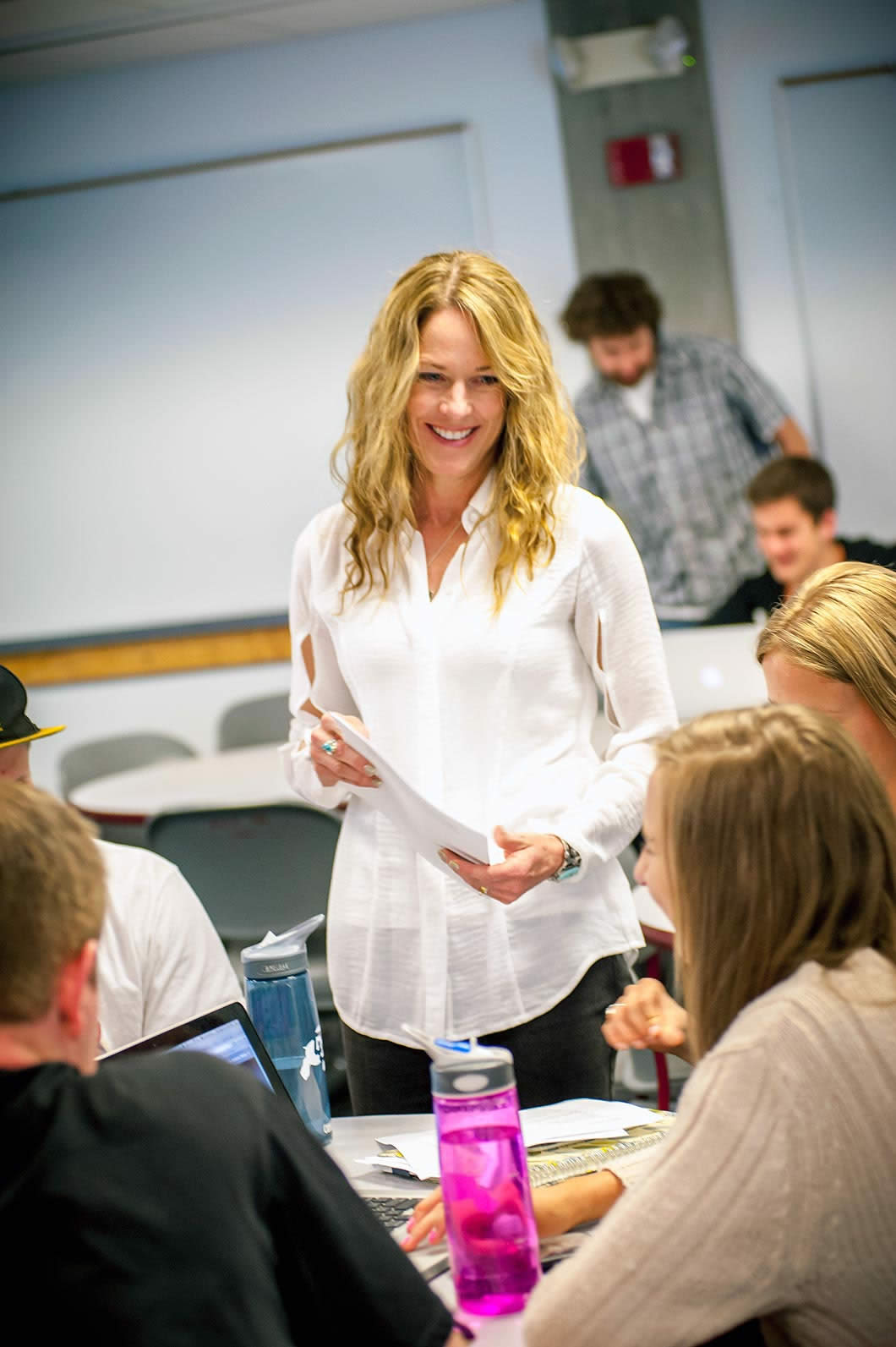 To study weatherization’s benefits, Miller and her CU student team employ a special blower door to measure the “tightness” of an indoor environment—that is, how well it is sealed from outside, or ambient, pollutants. Sensors in participating homes (half weatherized, half not) measure particulate matter that poses a human health risk, such as pollution released by climate events like wildfires. Results from a combination of questionnaires, lung function testing, household walkthrough and blower door testing help Miller recommend any number of physical retrofits that can improve IAQ and energy efficiency.

She cites something as simple as a functional kitchen exhaust as being surprisingly absent in many homes. “Builders don’t understand how important these things are, and residents don’t understand they should be asking for and using them,” she says.

Microbial contamination in buildings is another common problem Miller knows well. A past project she worked on employed ultraviolet germicidal irradiation (UVGI) within heating, ventilation and air conditioning systems to discourage microbial growth, reducing heat loss and creating cleaner air at lower cost. A related project studied how UVGI can play a role in reducing infectious disease transmission in hospitals. Behind every project is the overarching question: How can we improve the technology we use to reduce exposure to pollution?

On a broad scale, Miller acknowledges major steps forward in air quality. “I think slowly but surely we’ve been doing phenomenally at solving air pollution problems,” she says, citing improvements in automobile emissions technologies and the control of pollution from “point sources”—the dry cleaner and local baker to the weekend backyard burger griller. “These little things add up when there Miller’s tips for a cleaner, greener, healthier home are so many people in large urban areas like Los Angeles or Denver.”

An enormous concern like pollution requires many small solutions, but Miller isn’t one to back down from a challenge. At La Sierra University, Miller burned through every mathematics course available, prompting a professor to recommend she transfer to a school that offered a much more rigorous science, engineering and math curriculum. She was subsequently accepted to Harvey Mudd as a junior mathematics major. While she loved solving differential equations with professors Bob Borrelli and Courtney Coleman in particular, she says she craved a more tangible challenge.

This, coupled with those smoggy memories, led Miller into the experiential realm of engineering. After Mudd and a short but inspiring stint at aerospace/automotive firm TRW, she enrolled at UC Berkeley to earn master’s and doctorate degrees in civil and environmental engineering with a concentration in air quality studies.

“Climate and air quality are common goods,” she says, recalling that undergraduate urge to take on a real-world problem. “I breathe the same air that you breathe.”

Miller regularly shares the latest in air quality research with a broader audience on Twitter (@ShellyMBoulder) and on her website (shellym80304.wordpress.com/). And, she’s imparting her wisdom to students in CU’s interdisciplinary environmental engineering program. She’s relying on her students’ generation to push the ball forward, because, she says, they are the first to grasp fully the importance of fighting climate change on a global scale.

“Other countries are facing climate change just like the United States, and I think we really need to step up and help them control their air pollution with our resources and knowledge,” she says. “We’re pretty much past the tipping point, so we have to figure out how not only to reduce carbon emissions, but take carbon out of the atmosphere if we’re going to resolve this problem, which is very hard technologically.”

She says global buy-in is crucial, even in small amounts. The simple act of changing over to an energy-efficient light bulb, for example, is an easy step almost anyone can take.

“Even though it seems so small, it adds up,” she says. “If we can develop a world citizenry that has this kind of awareness, I think that’s what it’s going to take.

“Everybody just has to do one little thing.”